I have no idea what anything says in Basque, nor do I know what ive even been eating the past couple of days and it has been amazing. When we got to San Sebastián, Jess and I were stoked we would be able to use the little bit of Spanish we knew. However, what we didn’t realize was that we we were in for another few days of things being lost in translation as we quickly found out that the Basque had a language of their own. 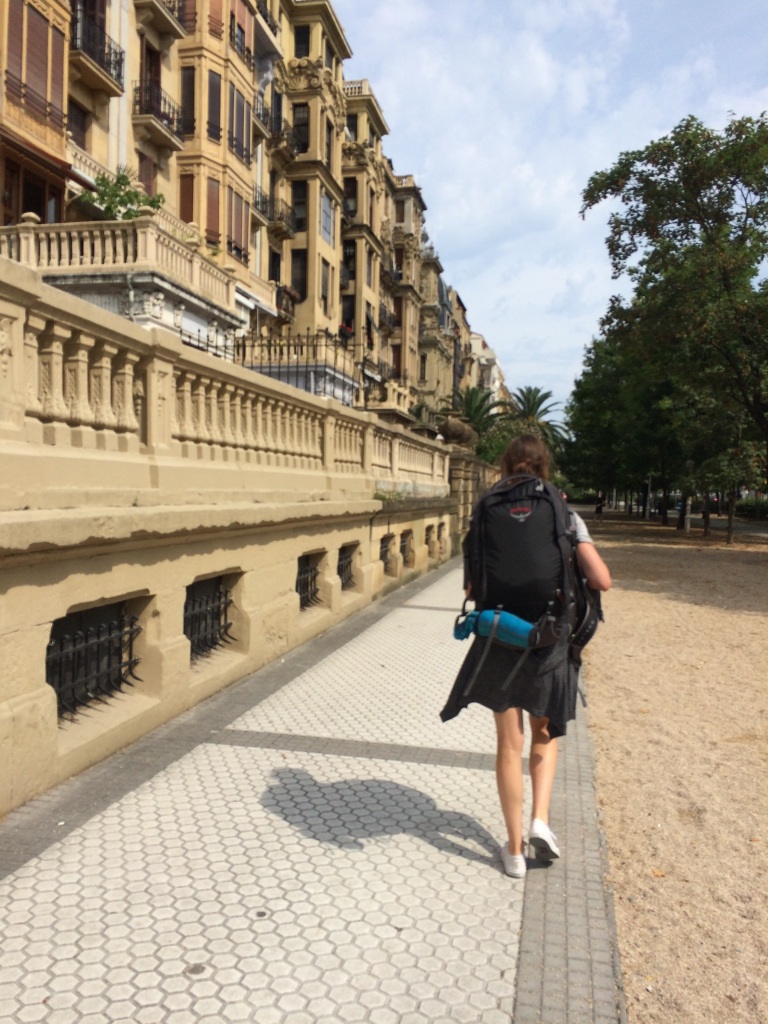 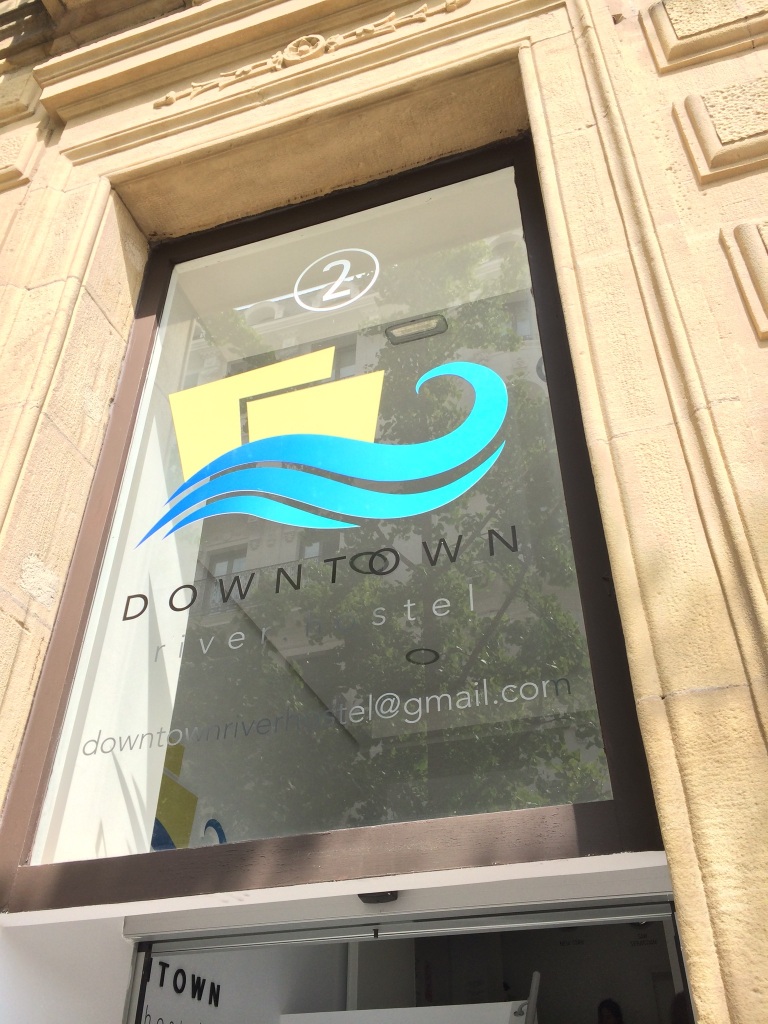 We unknowingly ended up arriving in San Sebastián at the start of the Semana Grande- a giant annual street festival filled with live music, contests, and firework shows every night that put Disneyland to shame. Each day we ended up making new friends at the beach from all over the world-Italy, Ireland, and even New Zealand- that were all there on Holiday as well. We would set up plans to meet in the evening for tapas before getting a good seat for the fireworks show and then heading down to the concert venues.

In the main downtown area there were tapas or (pintxos) bars at every turn. There they had drinks you could order along with an array of different appetizers and snacks. We ended up trying tons of different things we would have never normally ordered because you couldn’t exactly just go up and ask what was in it. You kind of just went up, grabbed what you wanted and paid later.-The whole town was based on that, sort of the enjoy now, pay later honor system, even our hostel didn’t have us pay till the last day!

We drank kalimotxo’s (which is just a mix of cheap wine and coke a cola) and would walk between the stages and listen to the different bands or djs. One night it started to rain but that didn’t stop anyone. We danced in the streets with new friends getting soaked and bar hopped just to step out of the rain for a second. But rather than one beer one bar, we did one dance one bar, dancing to salsa music and sipping on Sangria. If this was the Spanish lifestyle, I was sold. So much good energy! I love this town. 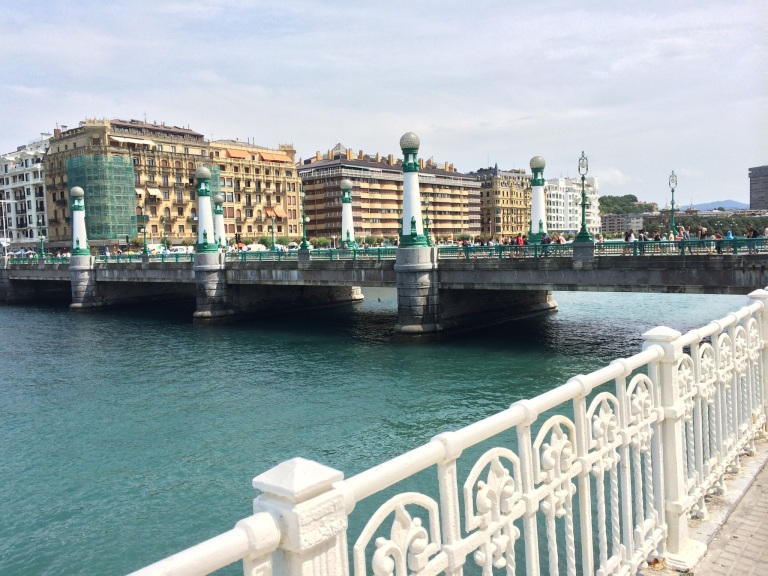 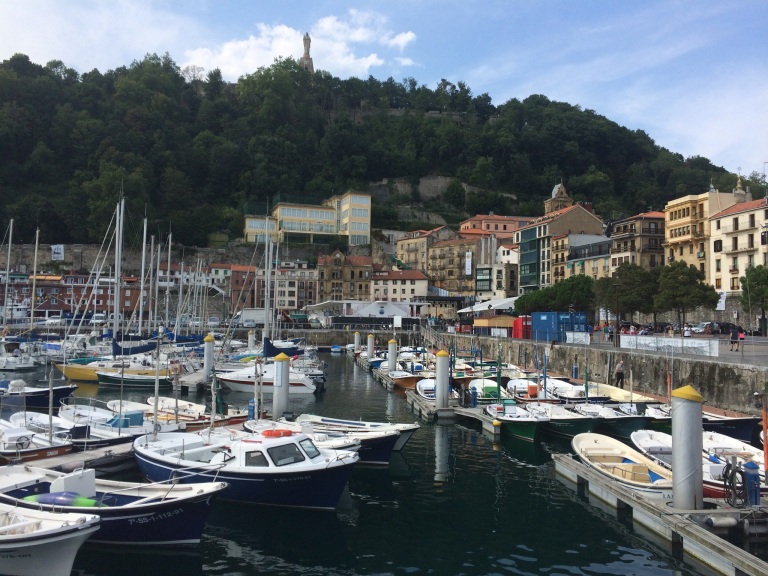 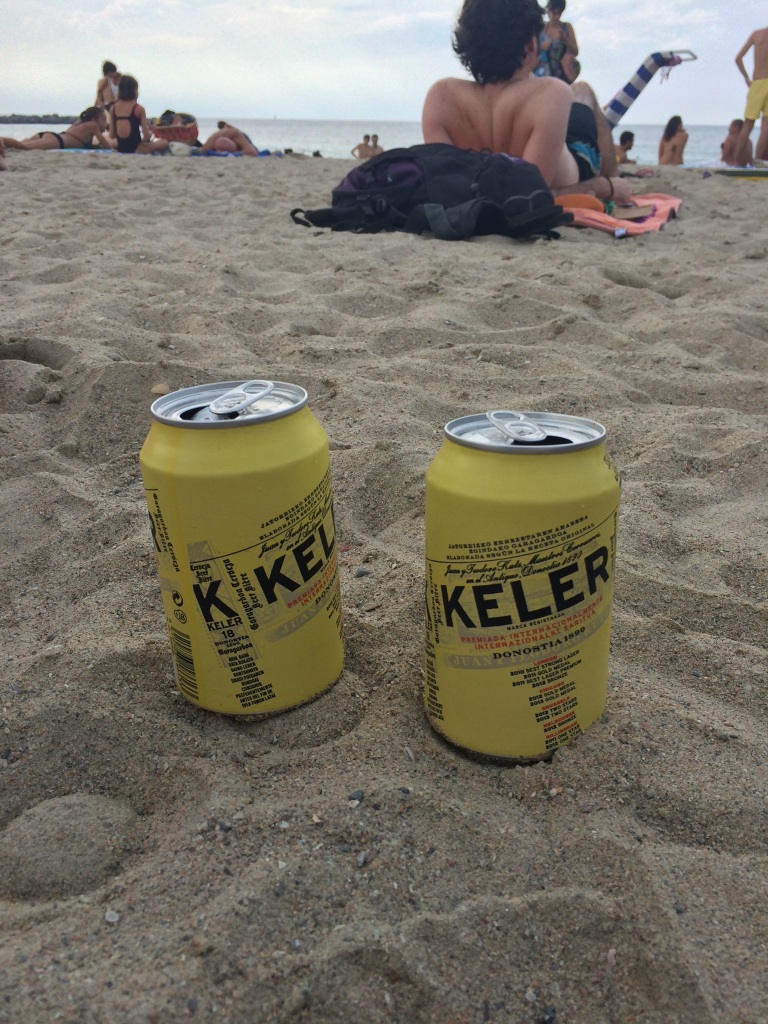 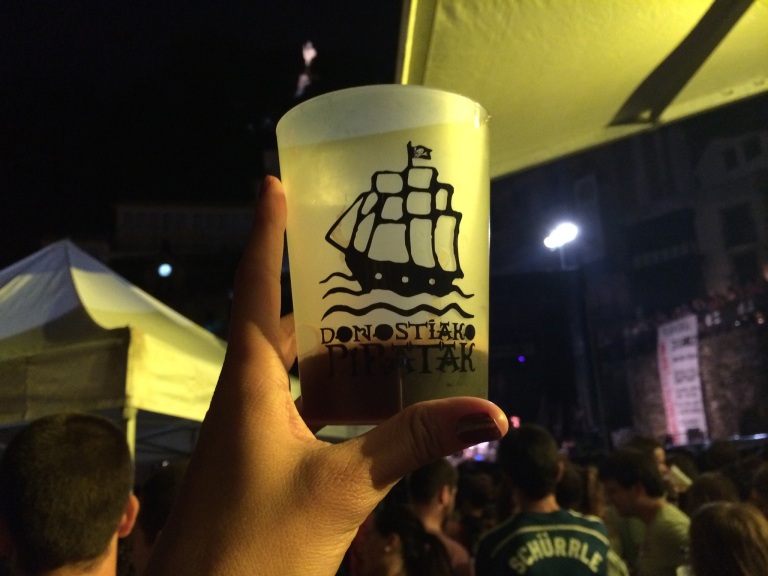 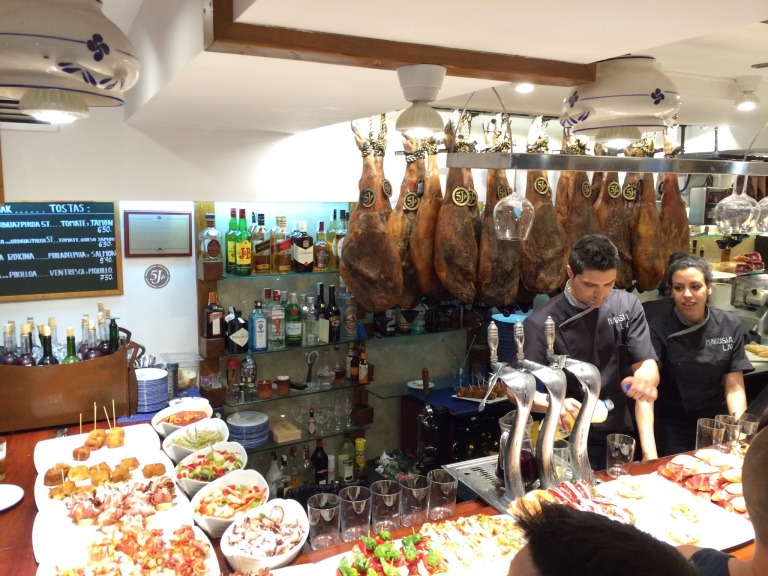 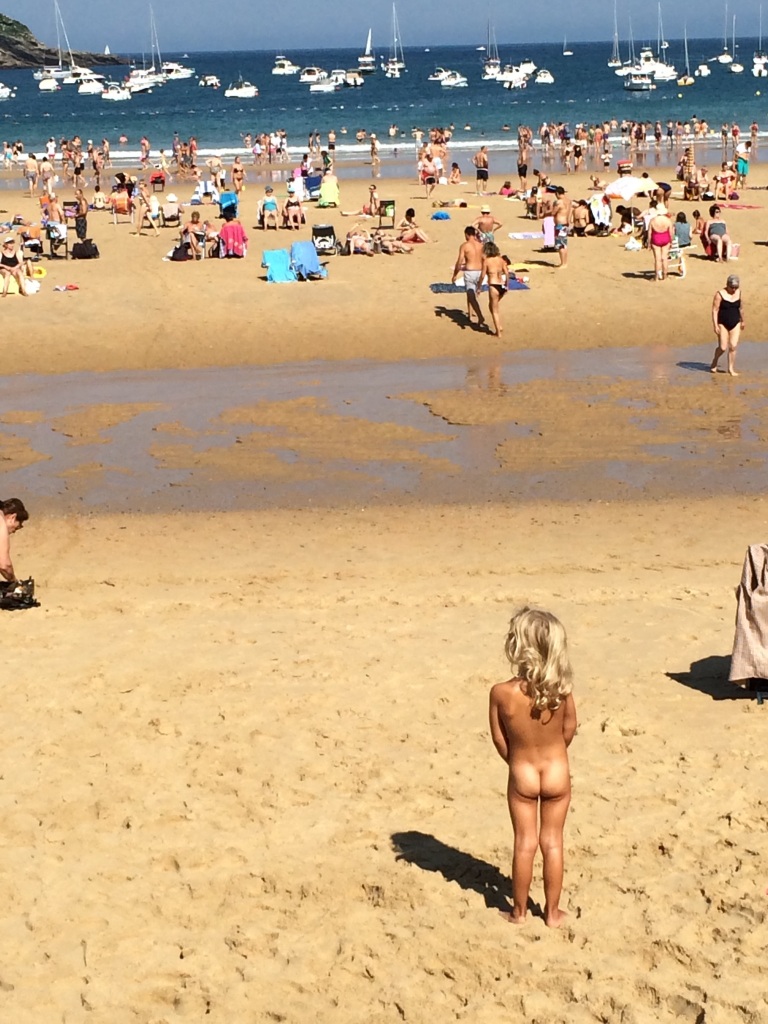 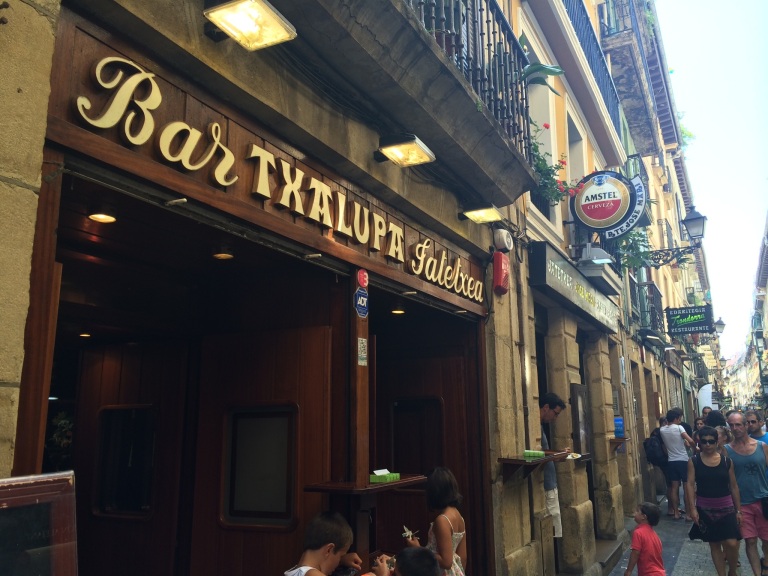 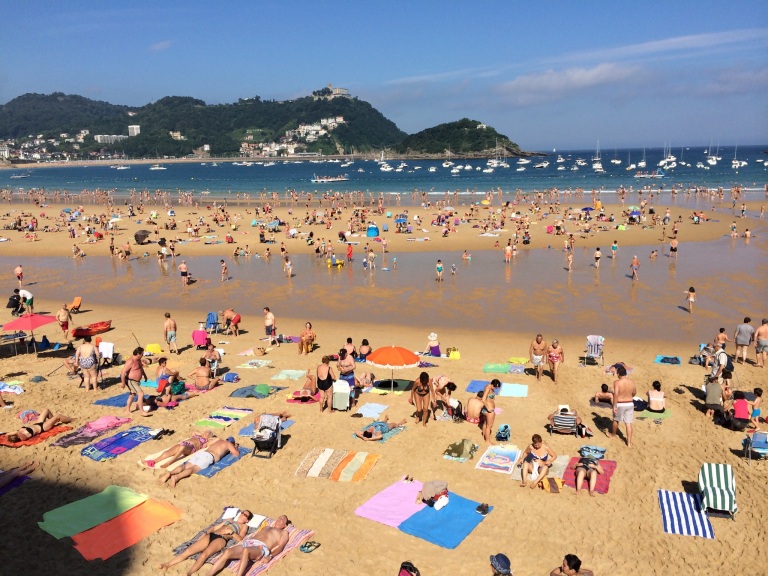 Our last day we decided to hike Monte Urgell a giant hill that overlooks the city complete with a giant statue of Jesus at the top watching over. From the top there were breathtaking panoramic views of the city and the beaches. I could have sat up there for hours. 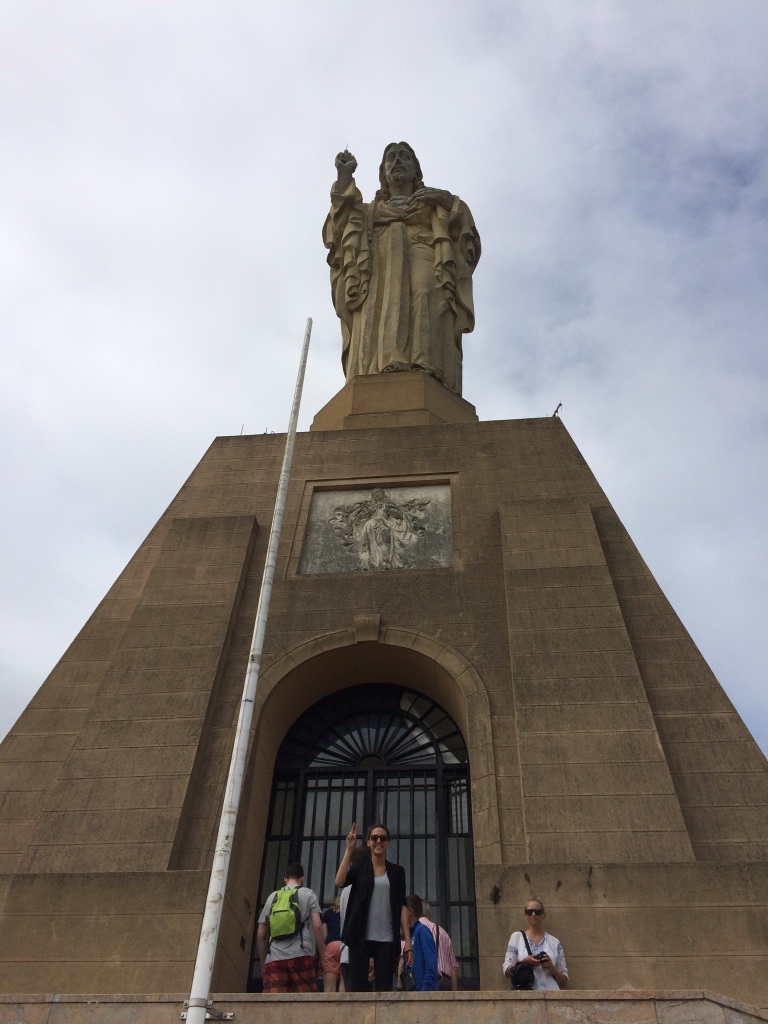 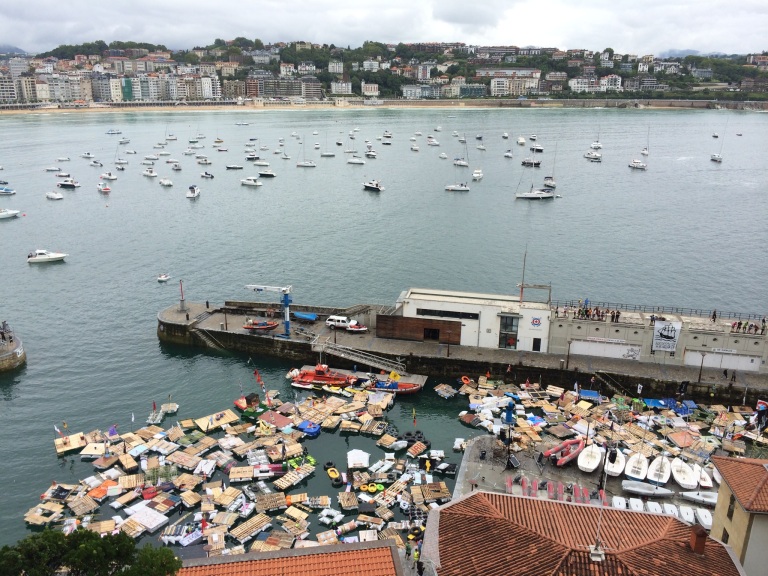 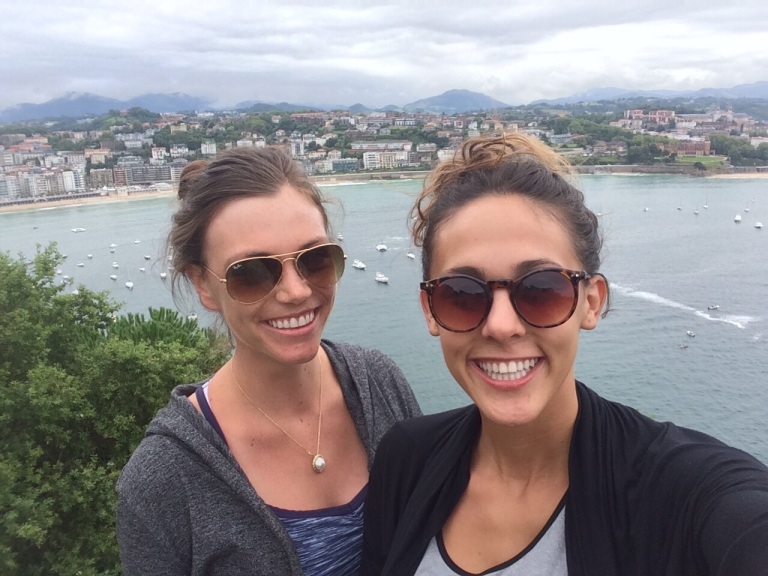 San Sebastián was amazing. This little city by the sea had it all. Curious to see if I will enjoy the rest of Spain just as much. Next stop we are heading south to the city of Madrid!