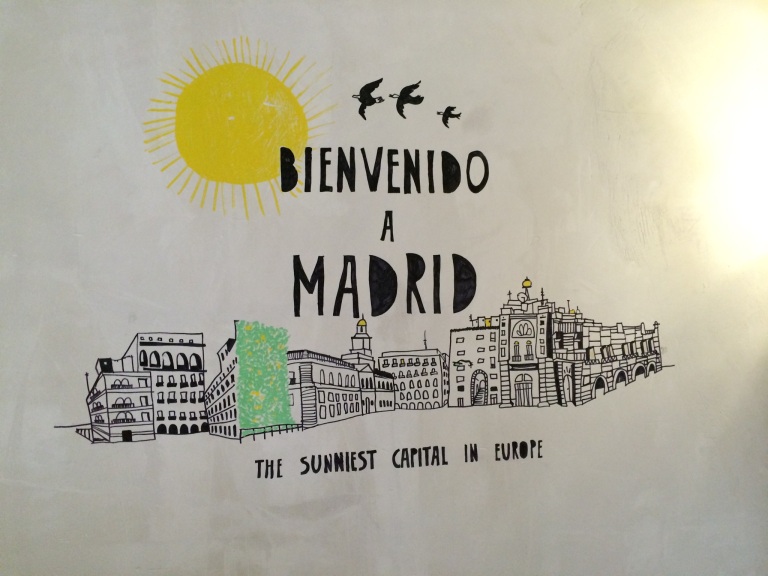 We made it to Madrid! Aka the center of the sun. This has been the hottest place we have visited so far. We arrived here Tuesday afternoon when it was 90 degrees and were hoping to spend a day or two inside catching up on some much needed sleep. We booked our stay for 4 nights at a new boutique hostel near the center of town called The Hat (which made me want a pastrami sandwich really bad for anyone who grew up near Brea haha). Strangely it was the cheapest, yet nicest, place we’ve stayed so far for just $22 a night; and thankfully it had AC! At this point my body was completely worn down. I was getting sick and my immune system was shot from being non-stop for the past 3 weeks. This part of the trip was about getting a little R&R, filling up at the cheap unlimited tapas bars, and churros con chocolate! 🙂 That night, even with little energy left, we headed up to the rooftop bar at the hostel for a glass of wine before bed. We ended up meeting a mixed group of people all staying in our hostel and got to know them a bit. There were your usual couple of Australians, a Canadian, a couple guys from Estonia, and actually a few Americans from the east coast that were chasing music festivals across Europe. It was such a melting pot up on that roof top as we shared our travel plans and laughed about the stereotypes we knew about where everyone was from. No one knew each other at all, yet that’s what brought us all together. Traveling pushes you to step outside yourself, walk up to a stranger and start a conversation. It no longer becomes awkward, it’s just a daily part of life. I love it. 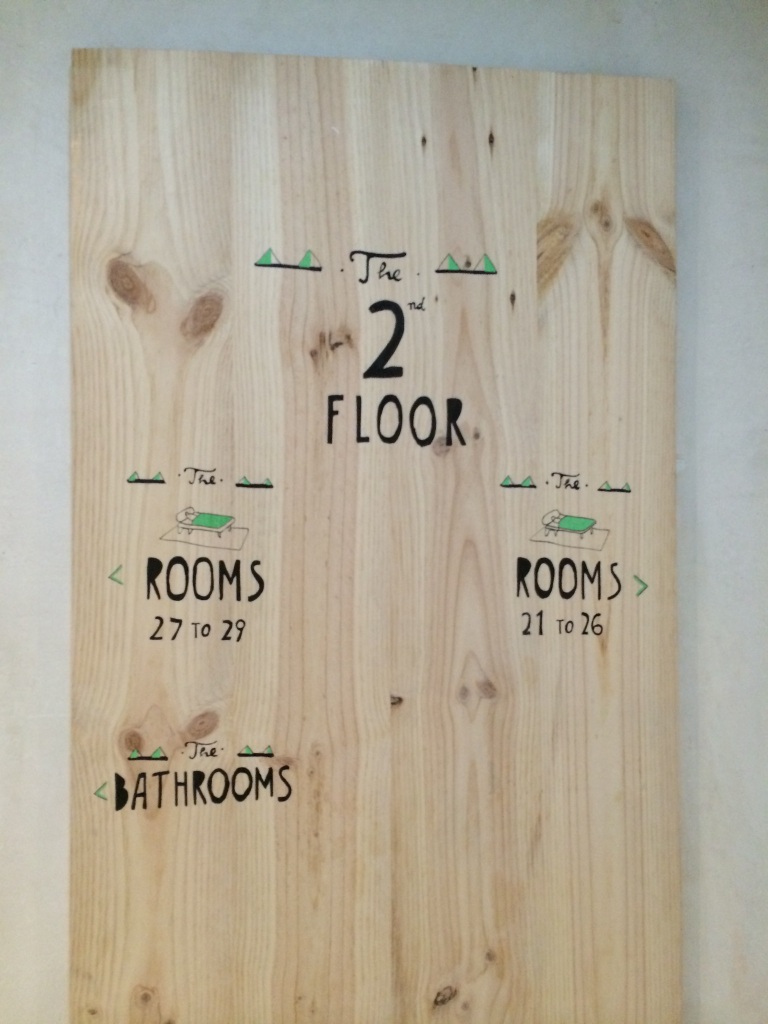 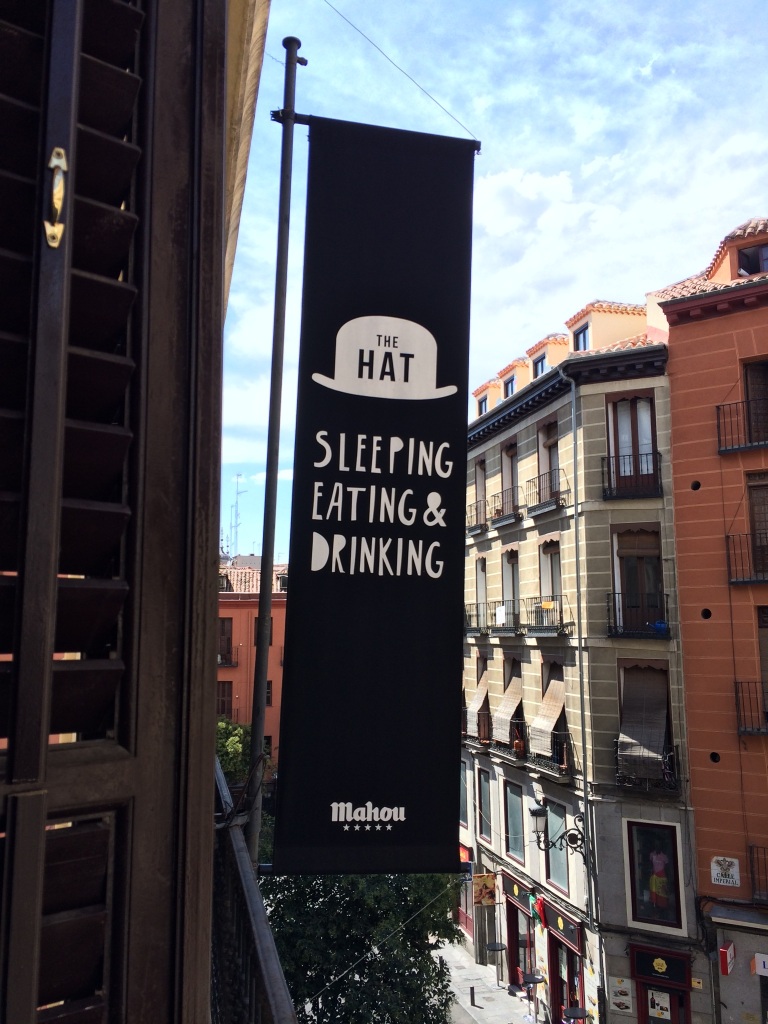 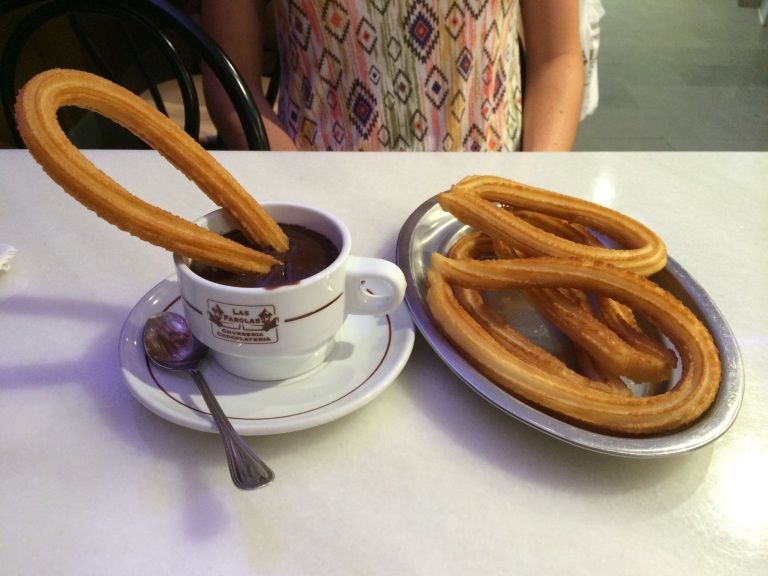 The next afternoon after some much needed sleep we took a walk and explored the city. What was crazy to see was that the majority of the shops were closed. Some boarded up cause of the hard times in Spain, but others just because they were on vacation. There would be a sign posted on the door that just said “Closed because of holiday. Be back in a month” Wait what!? It was strange cause that’s something you would never see in the U.S.. Totally different lifestyle. We eventually made our way to the Buen Retiro park where we thankfully found some shade. Now we know why the Spanish take siestas mid day, it’s just too dang hot! To escape the heat we found an awesome rooftop bar in the center of town called Circulo de Bellas Artes. (If you can’t tell Spain is all about their rooftop bars) From here you could see a view of the Madrid skyline. A nice little vertical escape from the hot, crowded streets. That night we met up with a local guy that Jessica had met when he studied abroad at Cal Poly. He took us to a bar in the Malasaña district. This area had more of a younger, hipster vibe than the touristic city center. We went to this tiny bar that looked to be a little library or bookstore. It ended up being much like a speakeasy. With only the storefront appearance and a staircase that led downstairs to a social area. It was mellow that night but it was pretty cool to get to check out that side of town. 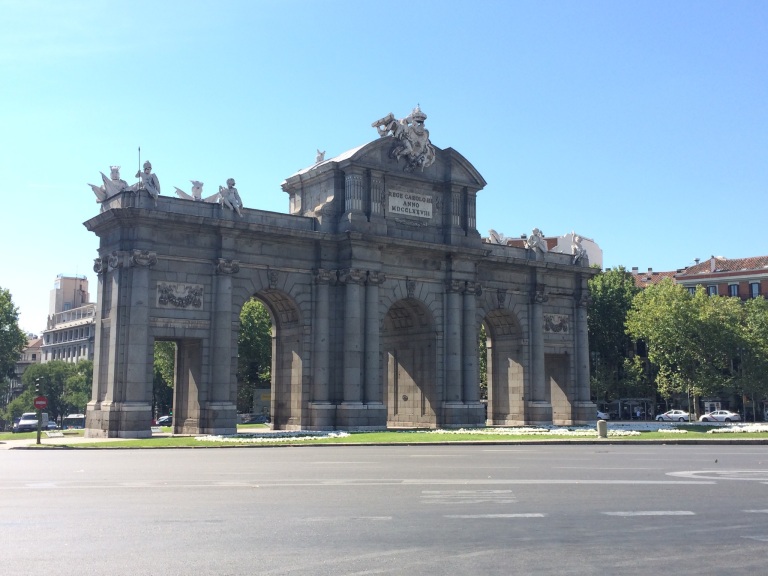 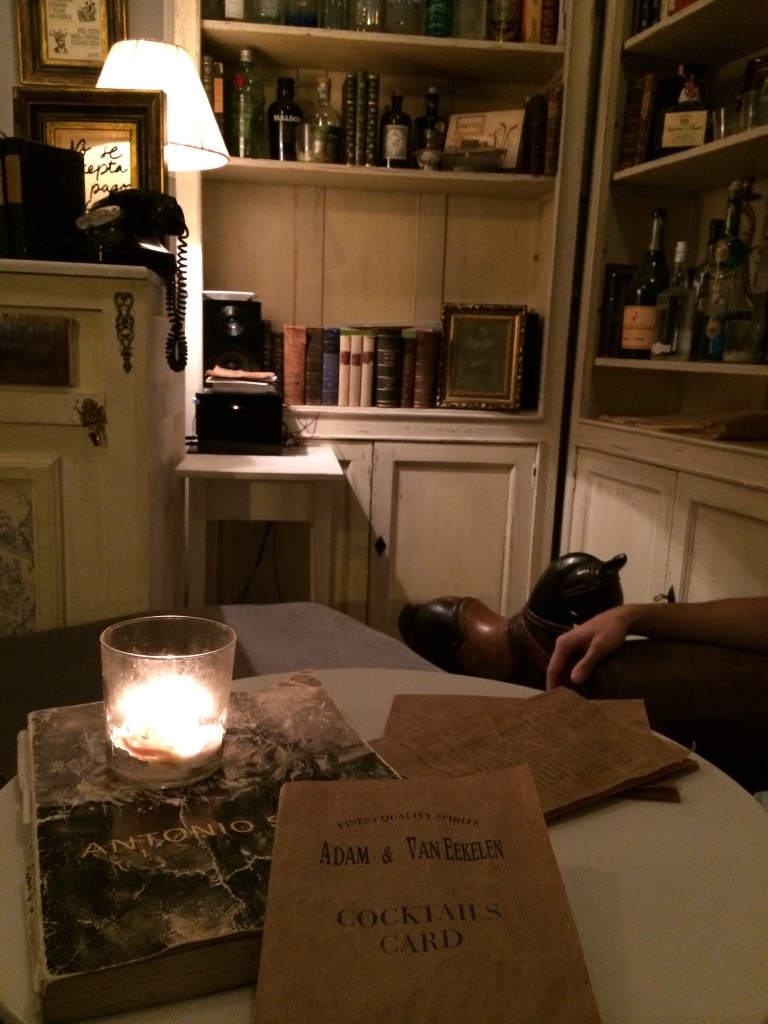 The following day Jessica and I decided to do a day trip and check out the city of Toledo. The train ride was only a quick 30 mins but the scenery change was incredible. This town felt like real authentic Spain. We spent the next four hours exploring within the cities ancient walls and even headed across the river to get the amazing view of the city. It was a long hot walk, but the view was worth it. After, with dry and tired feet we passed this shop that did the little fish pedicures. This had only been something I had seen on TV but I’d always wanted to try. For $7 you could have these tiny little fish, called Garra Ruffa, nibble on your feet to exfoliate them. It tickled so much but it was a fun little way to end our day in Toledo. 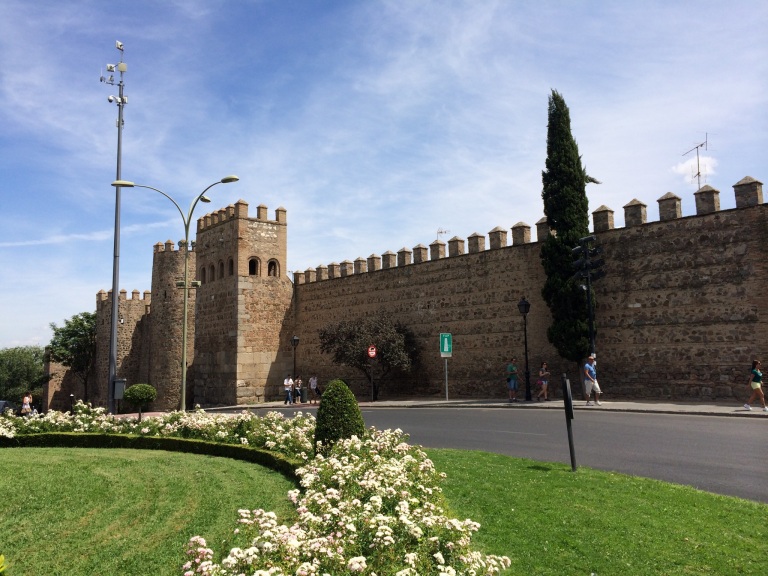 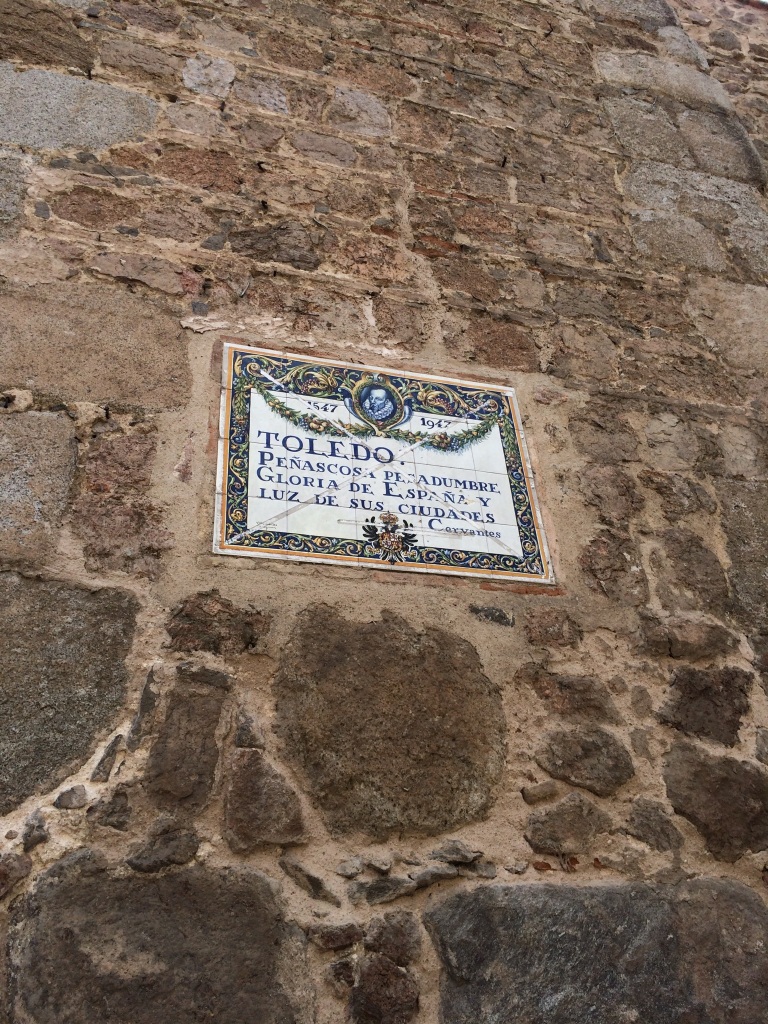 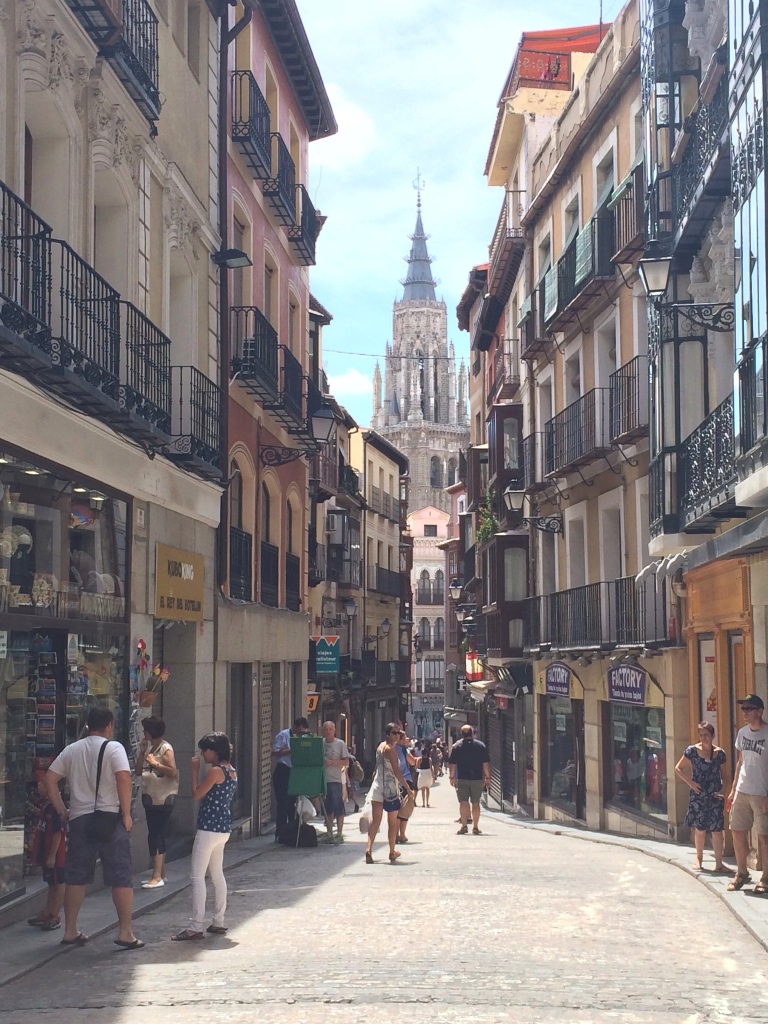 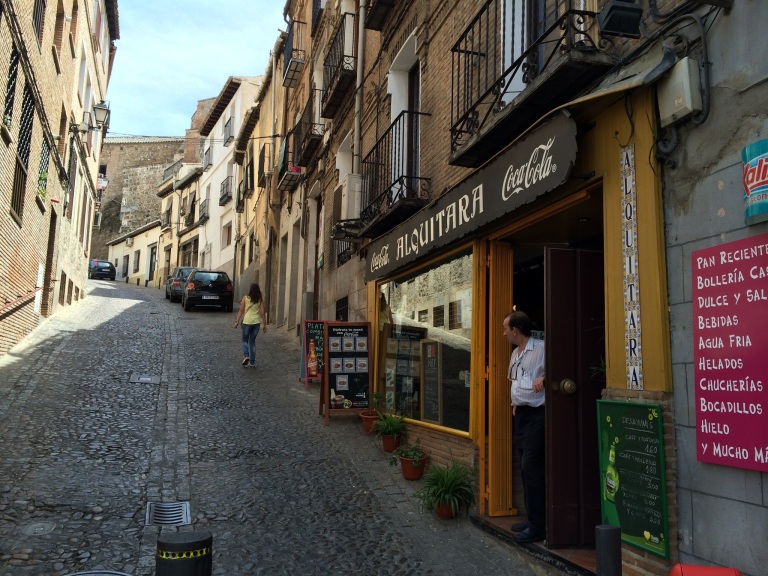 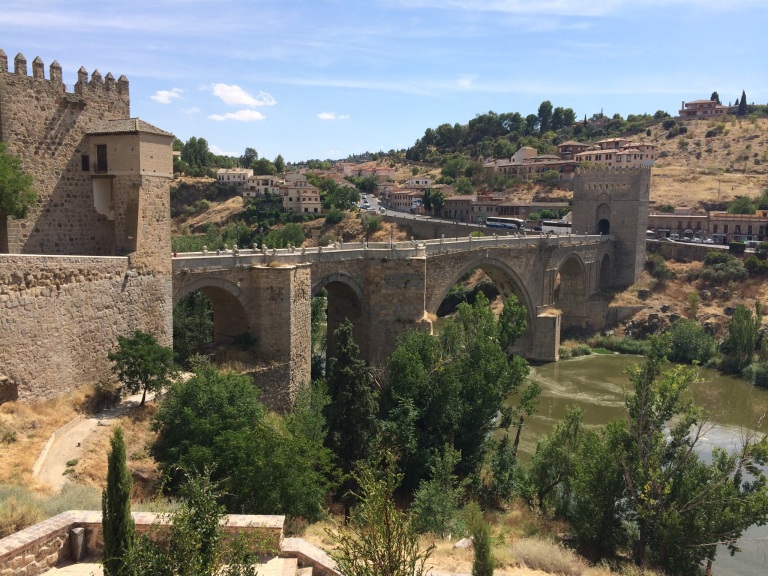 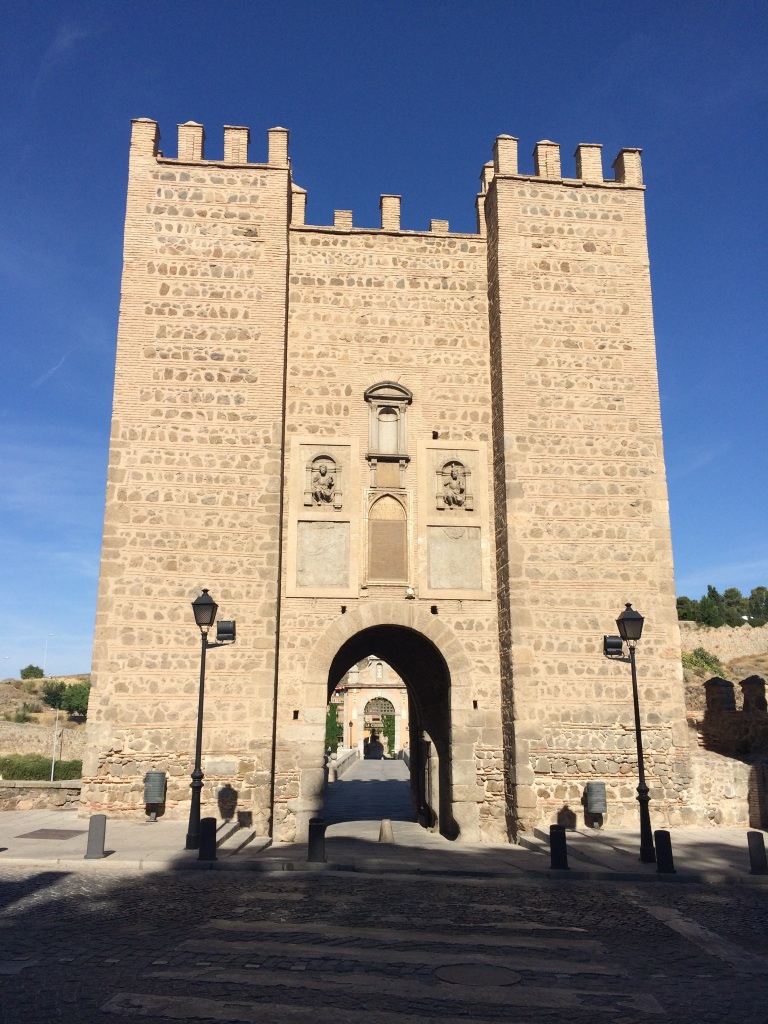 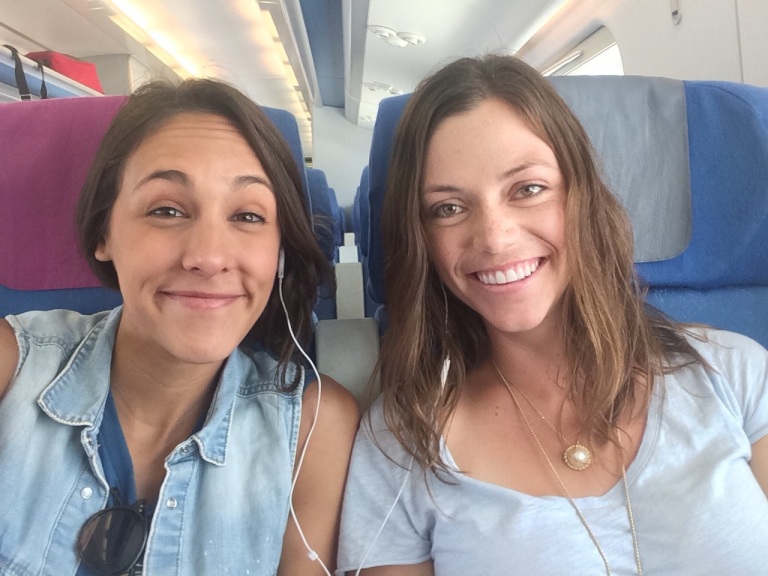 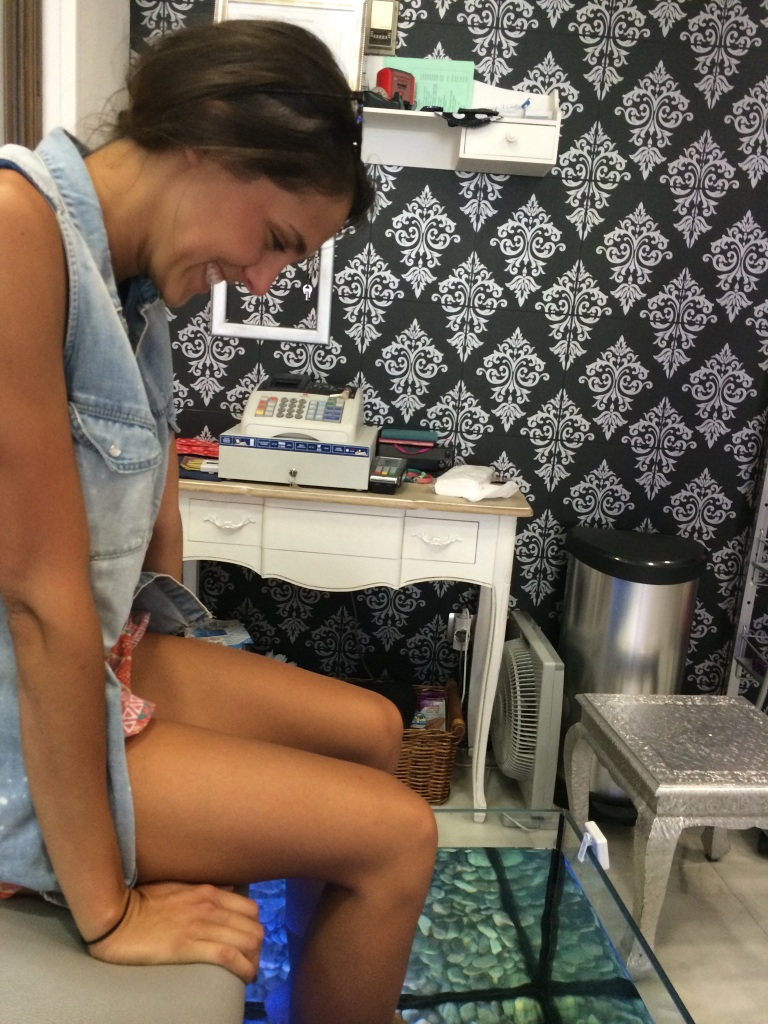 That night we headed to the La Latina district for some tapas for dinner. What we didn’t realize though was that once again we had arrived just in time for one of Madrid’s biggest street parties, Fiestas de Paloma. The streets were FILLED with local venders setting up tables in front of their stores selling tapas, bocadillos, cervezas, sangria, and our new favorite little drink, tinto verano (which consisted of wine and lemon fanta) haha. This was a gem of a street festival we lucked into. Since many of the locals disappear for the summer it was a little treat for those unable to leave the city. No one here spoke English. It was purely a celebration for the people of Madrid. Luckily we had met a couple of local guys, Javier, Andres, and Victor at the rooftop bar of our hostel that spoke English and took us around that night. They humored our poor Spanish and showed around their favorite bars. The streets were closed off to all cars and were filled with people and speakers blasting music varying from authentic Spanish to mainstream American pop. One of the guys, Javier, would light up as soon as a new song came on the loud speakers and could tell us the name of each song as we danced in the streets. My favorite was when ‘La Bamba’ came on and he got all excited and said “This is our version of the Beatles!” Or when ‘It’s Not Unusual’ came on and he goes, “Do the Carleton Banks!!”-referring to the character of Fresh Prince of Belair. His references were so funny. We stayed up till 5am that night. Which was early compared to the people who stayed out till the sun came up.

Our last day in Madrid we had lunch with a local guy named Martin. Martin had studied abroad at USD a few years back and met one of my friends Grayson, who then introduced us via Facebook so I could have a contact in Madrid. We met for the first time at the Mercado de San Miguel where we finally got to have some much awaited Paella. It was delicious and Martin was the sweetest guy! He talked with us for a few hours as we got to know him and and he gave us some recommendations for our next stop in Barcelona. Which was perfect because of course we hadn’t yet booked our hostel yet. 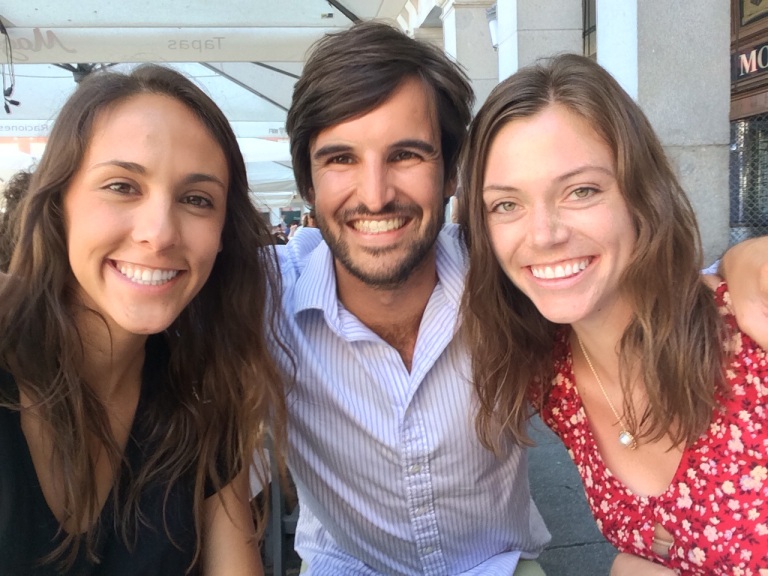 We rounded off the night back in La Latina for our last walk about the city. Something about Spain just makes you want to always be dancing in the streets. Sad to leave, but dancing our way to Barcelona next!

One thought on “Madrid y Toledo- The fiesta continues”