The trip to Cat Ba started off with a two hour bus ride, then another one hour transfer bus, to a 30 minute ride on a tiny speed boat to the north side of Cat Ba Island. From there we had to take yet another hour long bus to the south side of the island where we were finally staying. Whew! Believe it or not this was the easiest way to get to Cat Ba haha, but boy was it a pain! Luckily it only cost us about 250,000 dong each, which was equivalent to about $12USD. 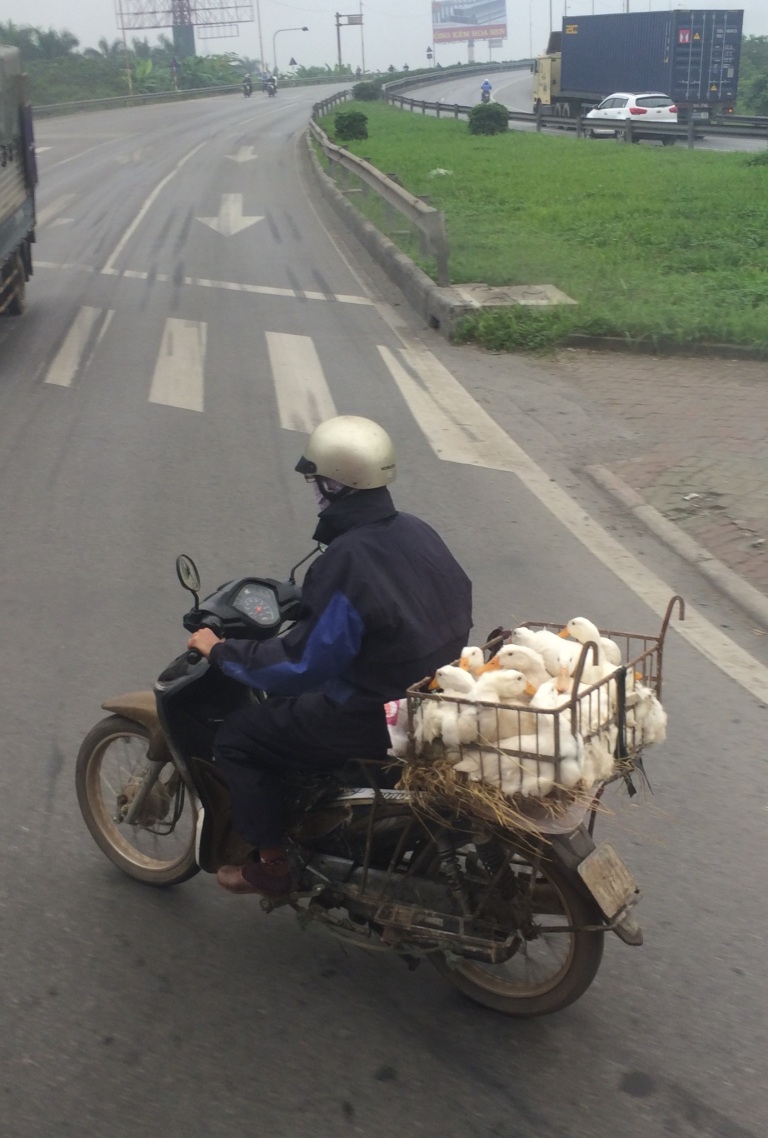 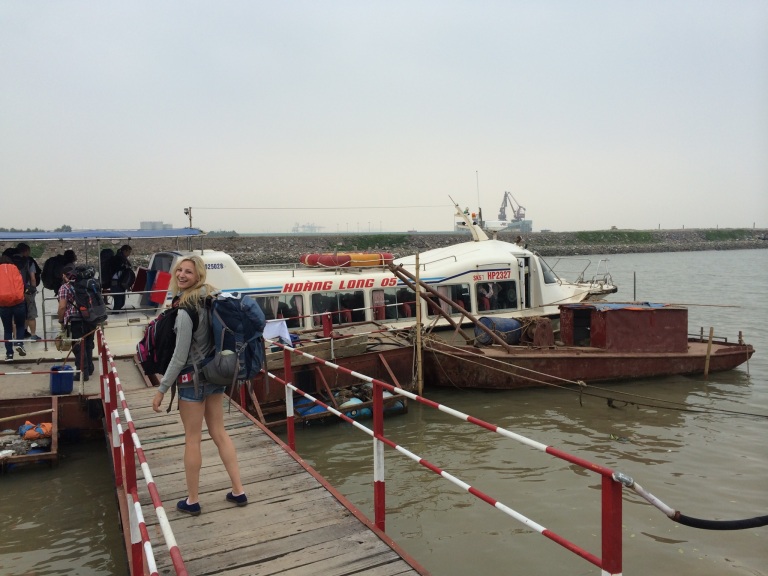 Our first night on Cat Ba we enjoyed smoothies galore, giant bowls of Pho, spring rolls, and even made some backpacking friends at the local dive bar. The next morning we also made friends with the Vietnamese owner of a local restaurant / hostel who’s little girl was cutest thing. She lured customers into her dad’s restaurant with her sweet little smile, grabbing strangers hands and guiding them to tables. She had to be no more than 2 or 3 years old. She would even come up to you at your table if her dad put music on and she heard a song she liked, she would take your hand and get you to dance with her. Her name was Cheep, and she was the cutest little baby chick walking around in her little yellow jumpsuit. But Cheep wouldn’t be the only little Vietnamese kid to catch our hearts, they were all so sweet. They would always wave and practice their English, giggling and testing out a “Hello” whenever we would walk by. One girl even ran up to Jess out of the blue and gave her a giant hug. Kids in America don’t just do that to strangers lol. 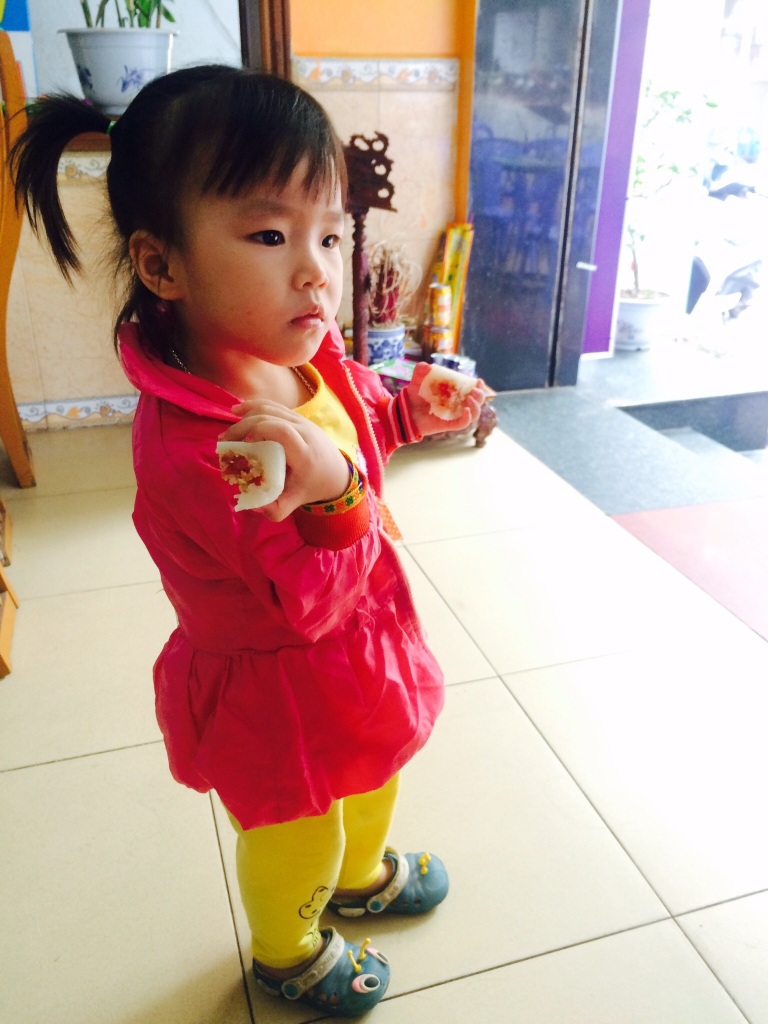 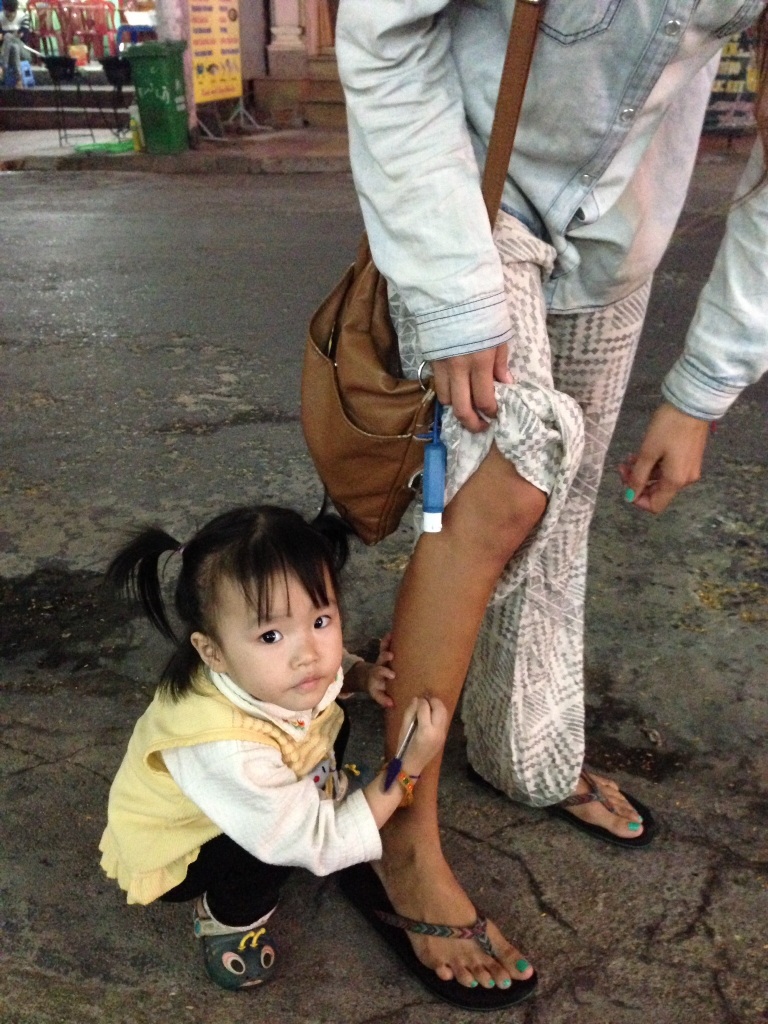 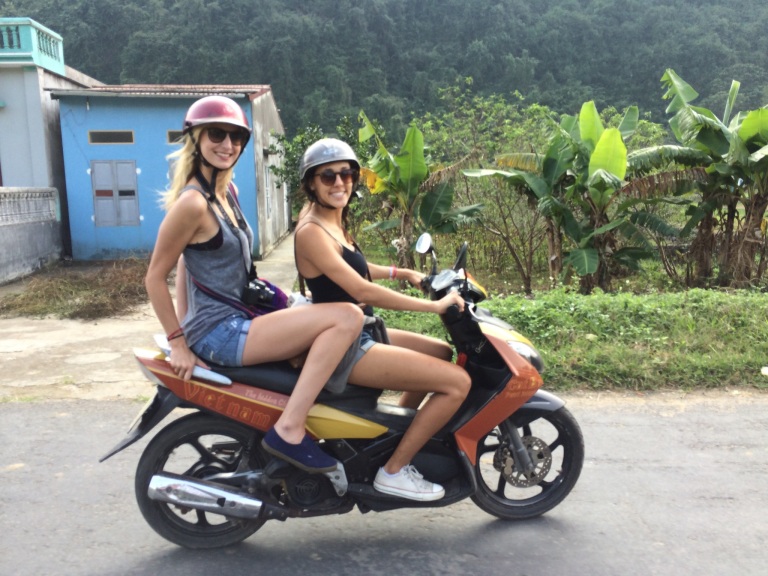 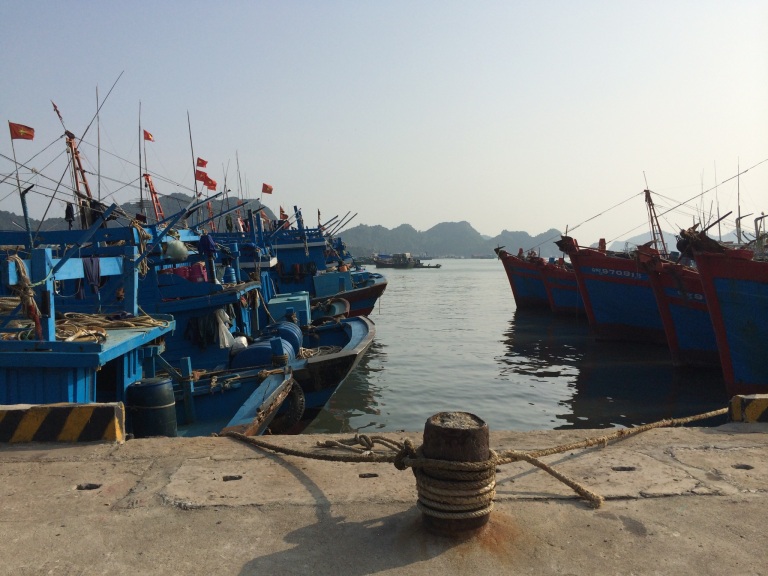 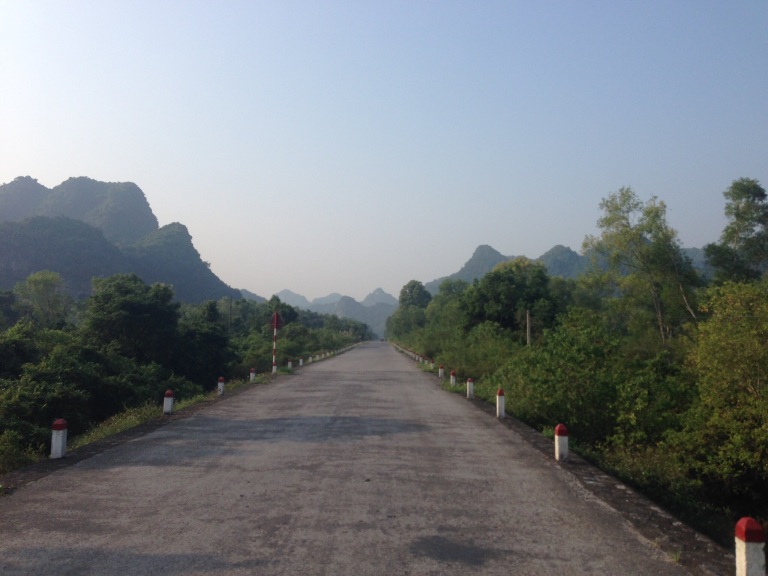 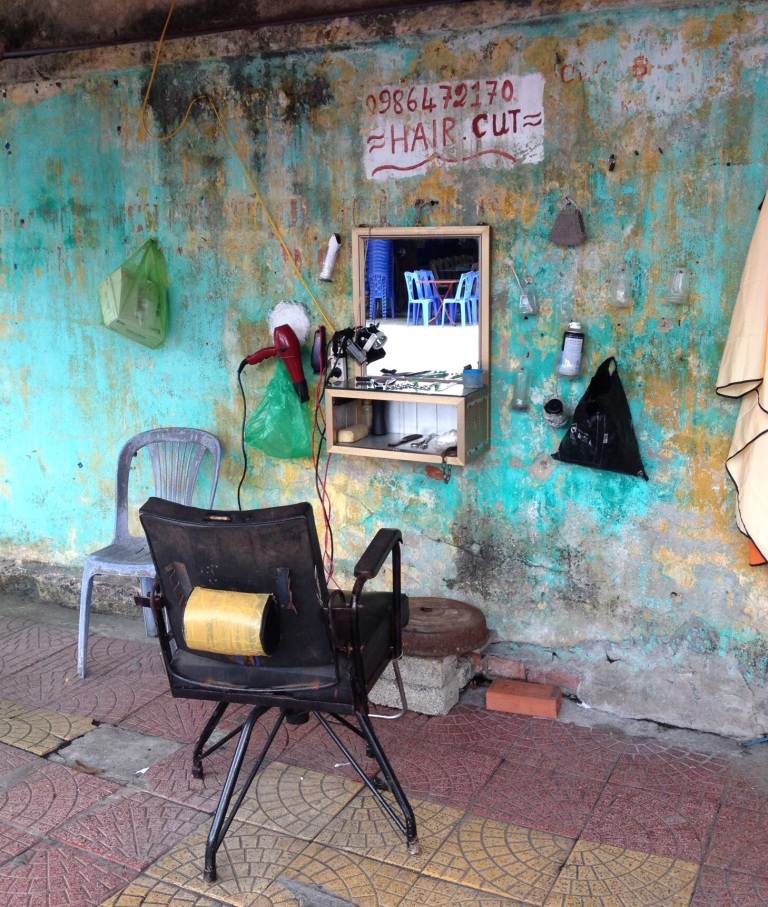 Cat Ba Island was supposed to serve just as a hub for us to get in and out of Ha Long Bay, but we actually ended up having a great time there. We got $1 ten minute massages, cheap Pho Ga, and could rent a motorcycle for just under $4, no collateral at all, just in good faith that we would return it. We rode through the lush, green, hills of the national park until we met the coast again, avoiding the potholes and cow crossings along the way. There’s just something so freeing about being on the bikes and getting to explore at your own pace, stopping as you please.

It was crazy there how here in Vietnam we could live on around $15 a day, including accommodation. Basically the price of what I would spend on a lunch at home. Here it was life in it’s simplest form, people not needing much to be happy. They were resourceful here too, re-using whatever materials they could, twigs bundled together to make a broom, an old book serving as a bad mitton raquet for kids playing in the street, and an old 1in PVC pipe with a broken piece of wood on top served an a make shift indo board. Makes you stop and realize how many things we spend out money on as distractions, things we think we need or have been privileged to grow up with. My whole first week in Vietnam was a very big culture shock for me. Thailand was a good transition, but Vietnam was more raw, and as someone described it to us, “Vietnam is what Thailand was 20 years ago, before all the tourists”, and so far this deemed to be very true. One thing that took me aback was that the hotel owners that would sleep on the couch downstairs when they have guests. They are up late getting woken up by each guest coming back at different times of the night, and the first ones up in the morning preparing breakfast. Sacrifices made to make money and keep their hotel running. Another cultural shock was having to pay to use a “restroom” (if you can even call it that) where you are literally standing on blocks of tile, in the middle of an open room, squatting to pee on the floor. You get used to splashes sometimes getting on your legs and casually wiping it off with hand sanitizer as you walk out. It is absolutely crazy what we have become used to these days as gross as it is. When we see a place with a real toilet it is like winning a prize. Its the little things I tell you. But see, this isn’t what you see in pictures haha. Everyone sees the pretty side of travel, but it’s the long days and the unsanitary encounters along the way that really take a lot out of you. But once you finally arrive, it makes it all the much sweeter.

Which is exactly how I felt when we finally made it to Ha Long Bay. We decided to do a day trip on a junk boat that would take us around the many spires, sheer limestone cliffs and past the floating villages along the way. It was a slow boat ride, but with the sun on your back, a cool breeze, and the sound of a guy playing ukulele and singing in French, made taking in the view that much better. The boat stopped a few times throughout the day stopping at caves and allowing us to go kayaking under archways into quiet little bays where the landscape looked like it was straight out of Lost or Jurassic Park. It was gorgeous.

The following day we headed back to the mainland, unfortunately having to take the long bus, boat, bus, bus, plane, taxi, to our next location. After another full day of travel we would find ourselves on the central coast of Vietnam. 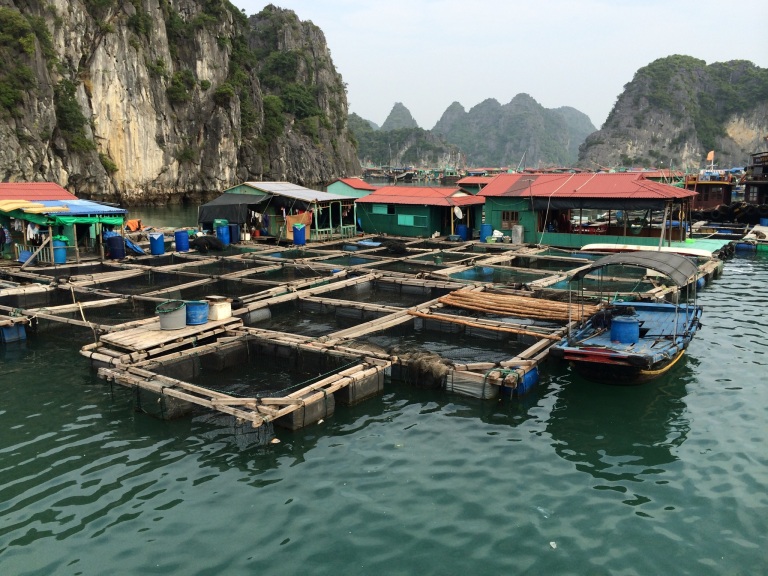 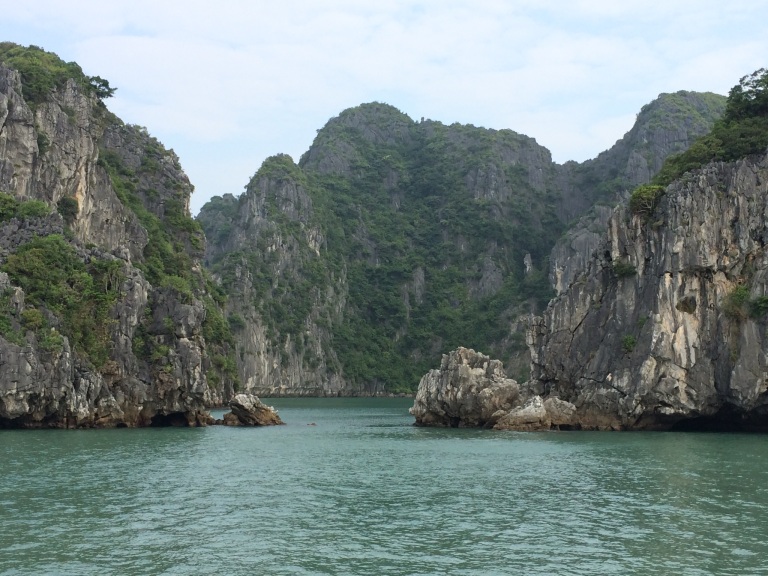 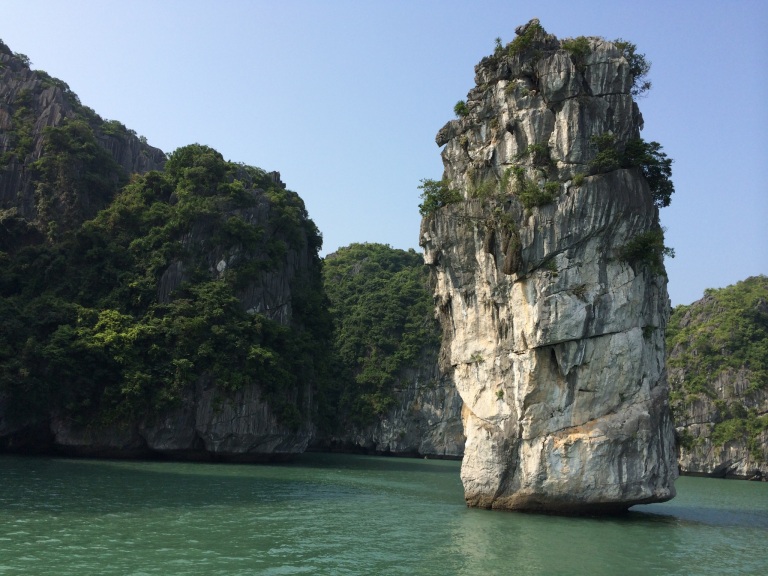 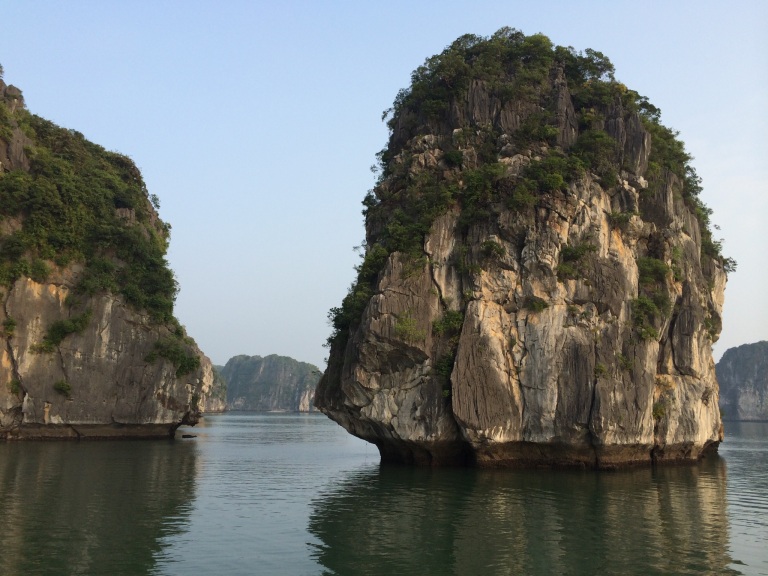 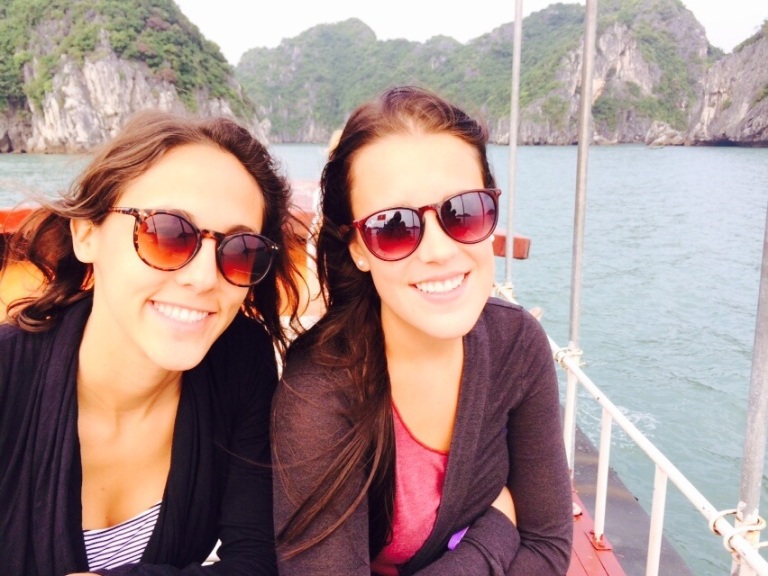 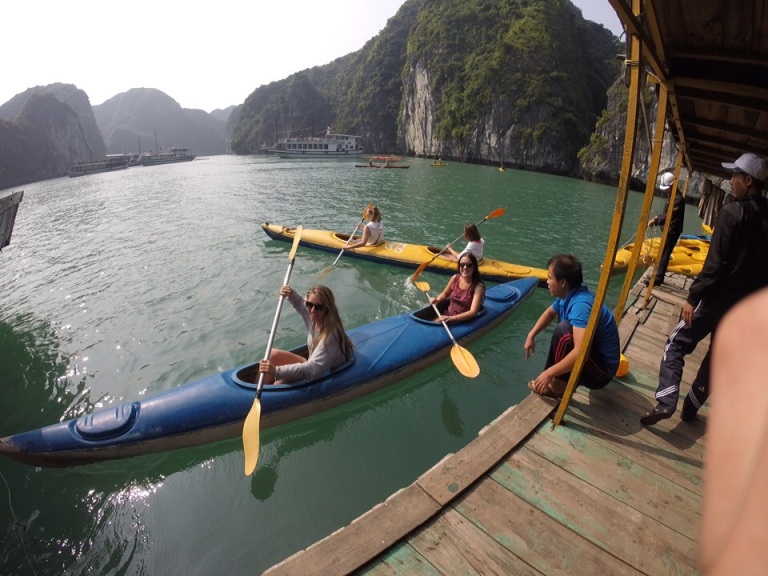 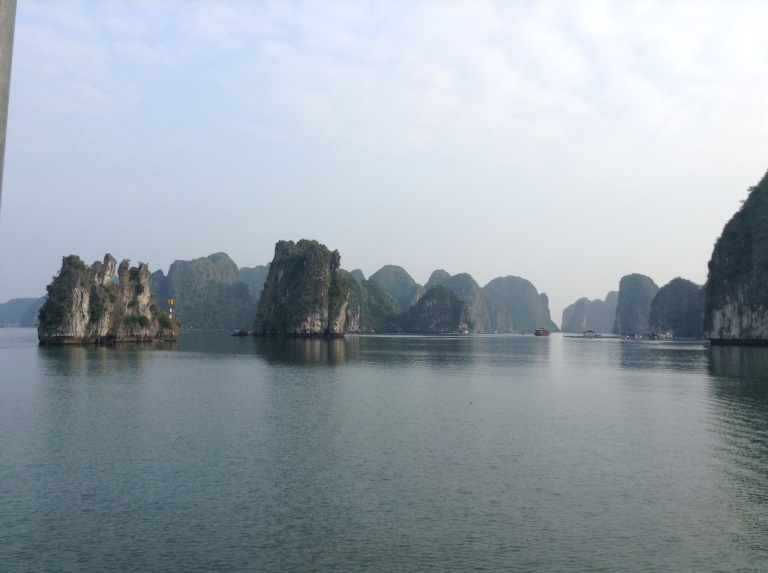 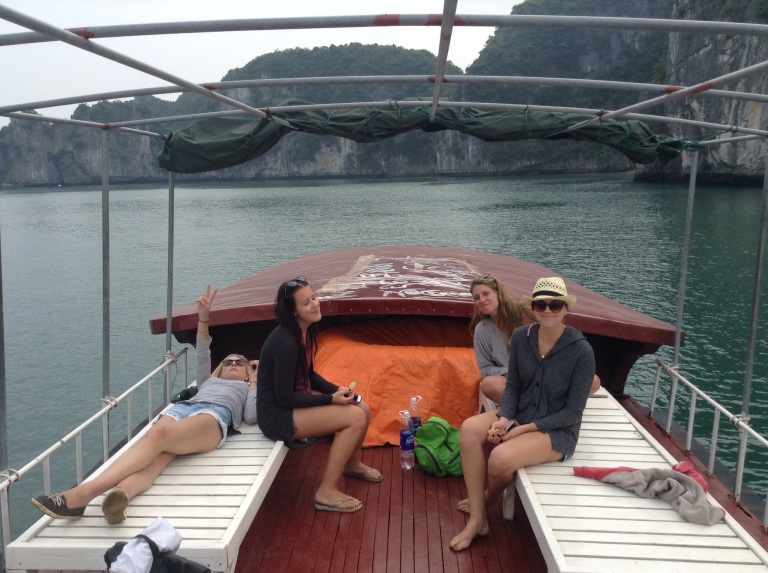 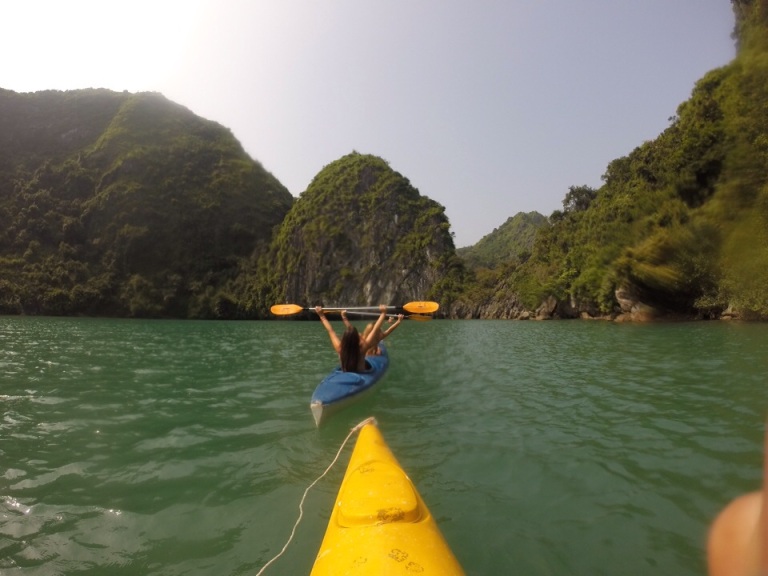 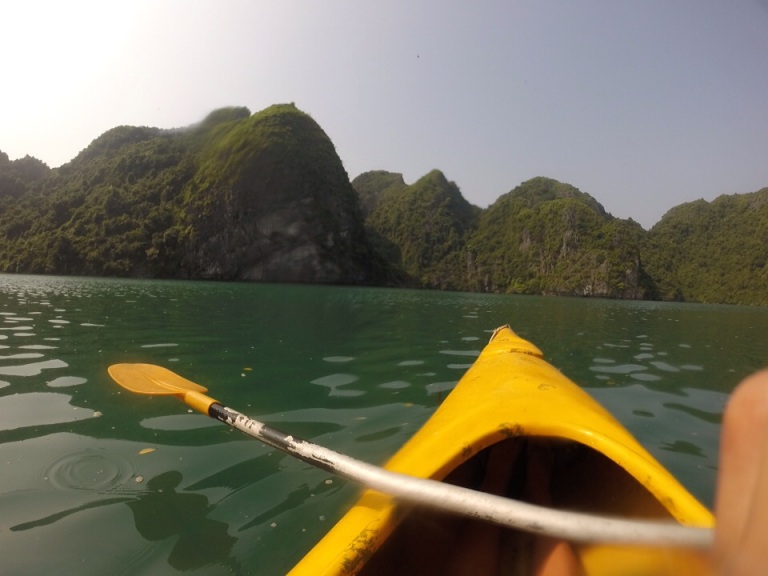