Oh England… We have all been looking forward to you for so long! Over summer Jenny, Brookie and I had met a fun group of English guys at Brooke’s sister Rachel’s wedding. She had married a Brit herself and a big group of his friends were nice enough to come to California and celebrate with them. Lucky for us we were able to make some new friends as well that now served as awesome contacts in the UK! However, like normal humans they had to work, so we didn’t get to meet up with them till the weekend. We spent the first couple days enjoying our new quaint little home equipped with a living room, heater, kitchen, and washer. It’s the little things at this point that were making us the most happy. We all walked to the supermarket together and got a bunch of groceries to make breakfast and dinner throughout the week and save money on food which is ridiculously expensive here. (You get so ripped off when you switch to pounds cause the exchange rate is so high!) We took turns making breakfast and doing dishes and it was fun to be a little family. We even started to designate titles like Grandpa Bryron cause he was the oldest and most traveled haha. 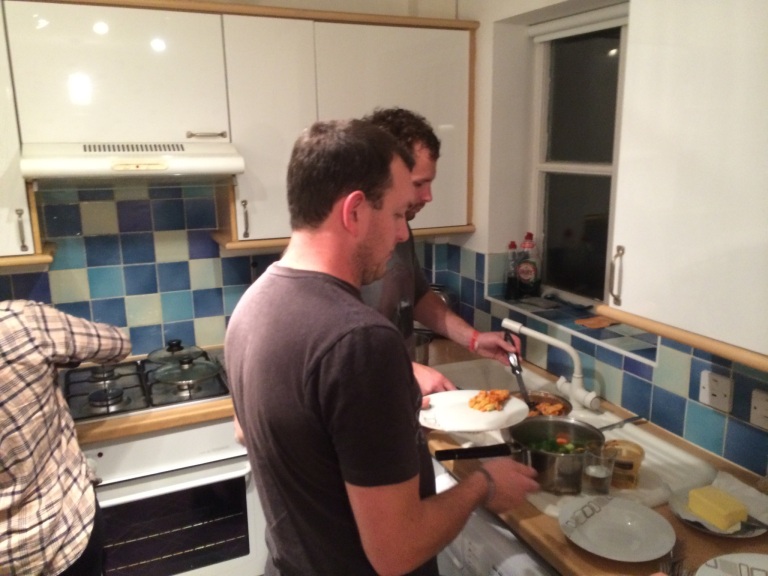 The next day after buying our rail cards we headed into the city center to knock off all the touristy spots in one day. We met up with another friend that day as well, Will who we had met in Greece, and he was able to guide us around having already been in London for a few weeks. We made the necessary stops at Buckingham Palace, Big Ben, the London Eye, The Millennium Bridge, and of course Platform 9 3/4 from Harry Potter at Kings cross station! It was a very successful day haha.

The next day Jenny finally arrived and we were able to take our much anticipated Spice Girls pic in front of the tower bridge. (So cheesy I know) unfortunately we were only 4 girls and had to have Dane be a stand in Ginger Spice in the front row haha. That day we split up the group a bit a Kayley, Marielle and I checked out the Borough food market and explored the Tate museum of modern art which was actually really cool! It was a free museum filled with 4 floors of modern art, the higher up you go the weirder it gets haha. That night we finally got to meet up with the Brits! Brooke, who had left after Prague to visit her sister and get well in Oxford, was feeling better and they were coming to meet us at a friends place in the city. We were all able to reunite at his place and he was now out numbered by girls 7 to 1. Haha which he later snapchatted was actually quite a good ratio haha. But it ended up evening out as we met up with the others at a martini bar in town. We were greeted with drinks and familiar faces and had a wonderful night all getting to all hang out again. We continued the reunion the next morning when we met for bunch followed by a proper “day lashing” (meaning day drinking, like a Sunday Funday) at a bar in Camden. By 6pm everyone felt like it was midnight and had drank one too many beers. It’s a little hard to keep up with the Brits! We had to be home early enough to catch a 9am flight the next morning, so we finished off the night with a view of the city from on top of Primrose hill. A perfect way to end our whirlwind stint in this rad city. I was definitely not done exploring it though, and will have to come back someday! But for now, Marielle only had 4 days left of her trip here in Europe and we needed to squeeze in Ireland! So we will see you in Dublin! 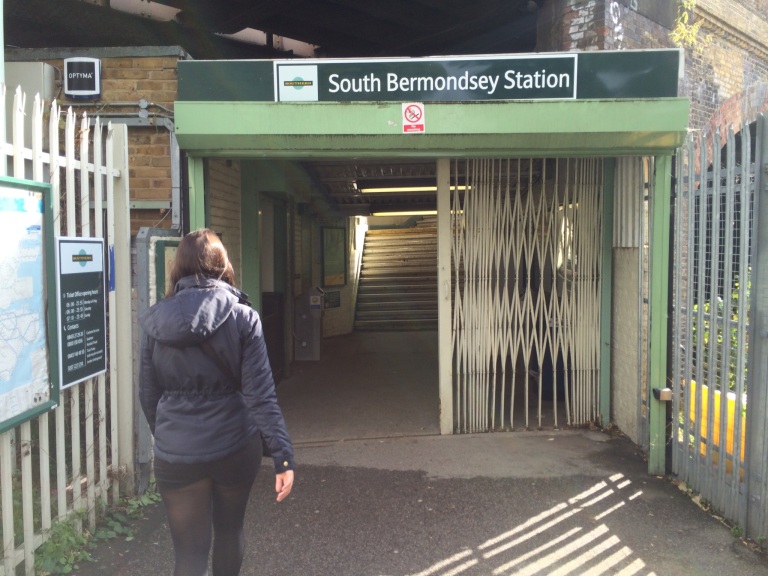 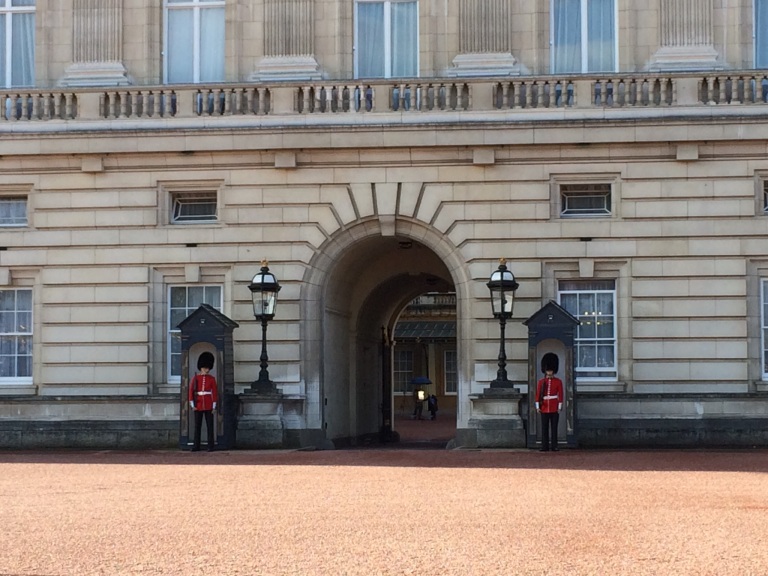 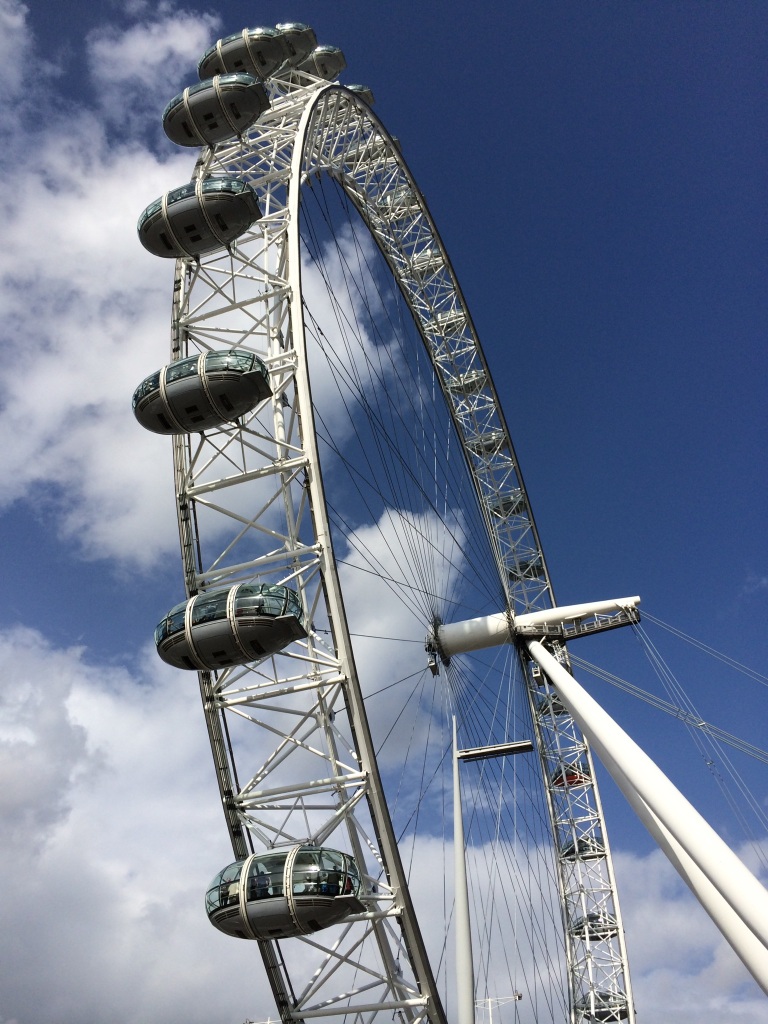 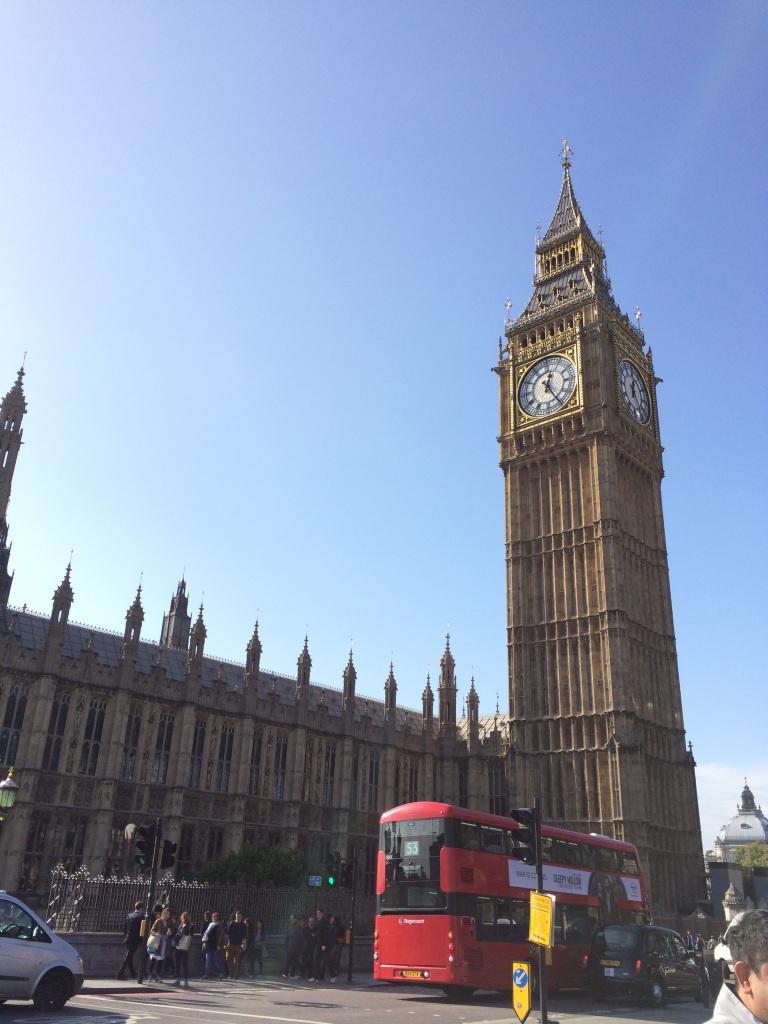 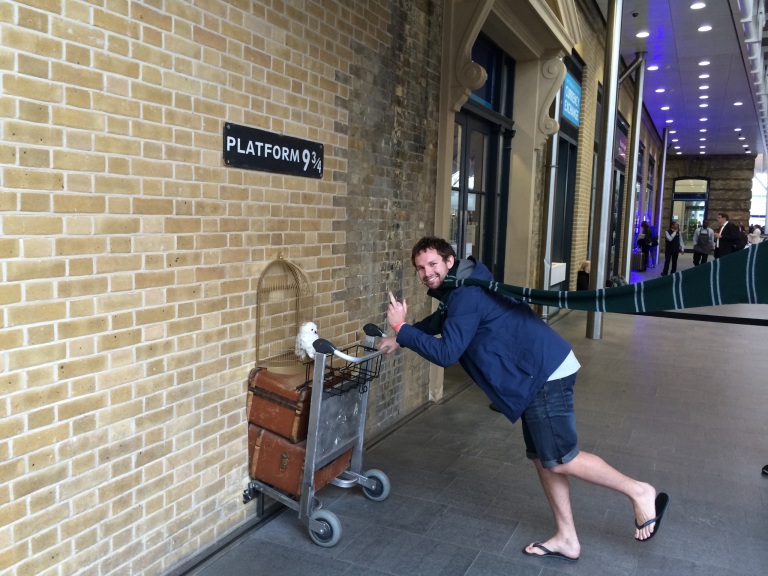 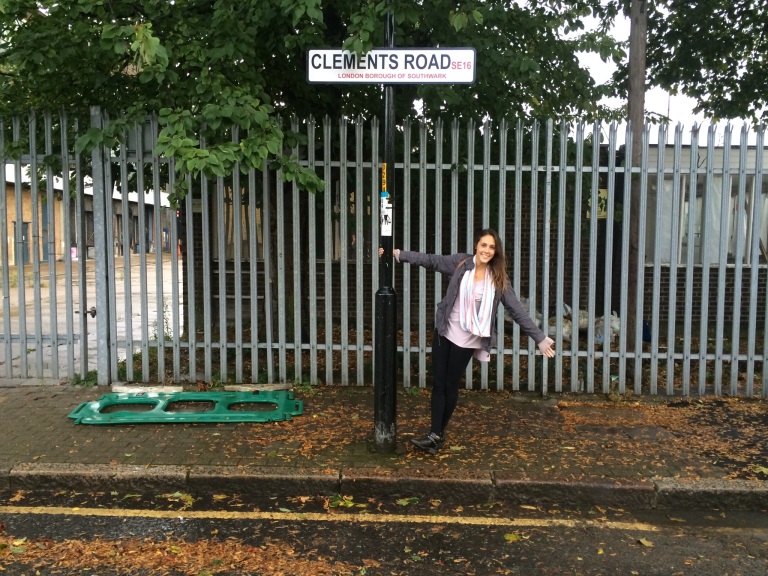 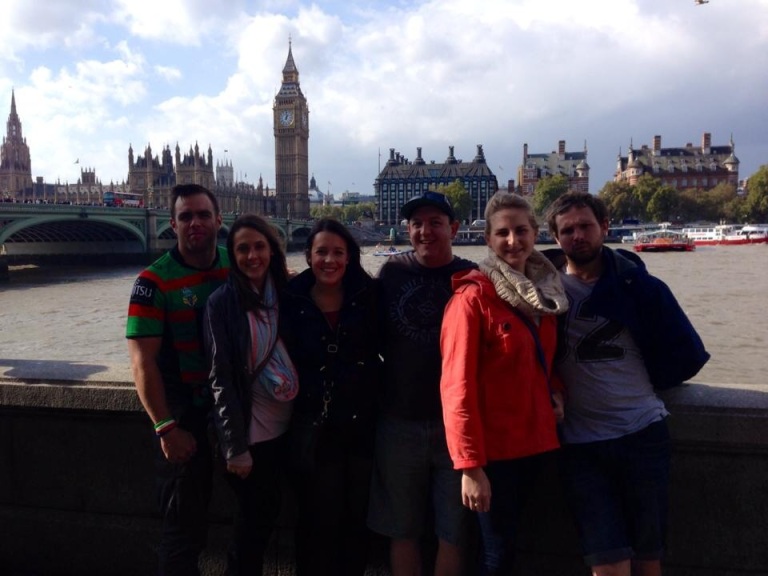 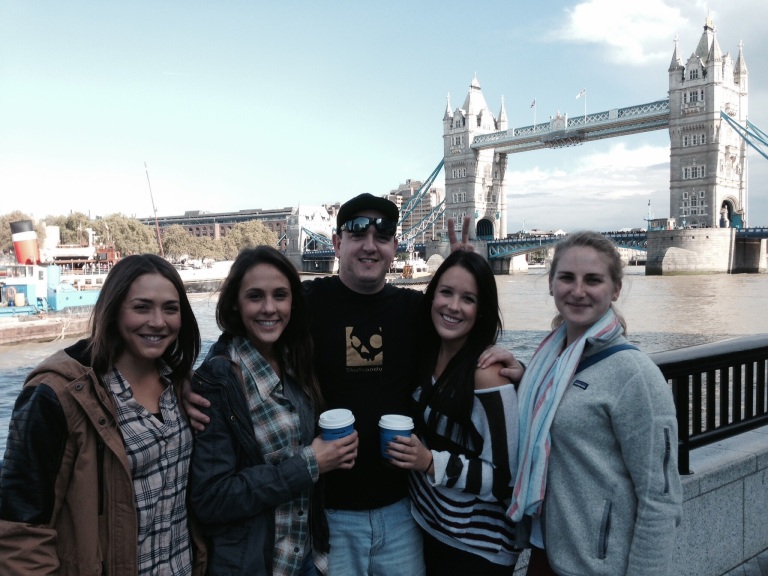 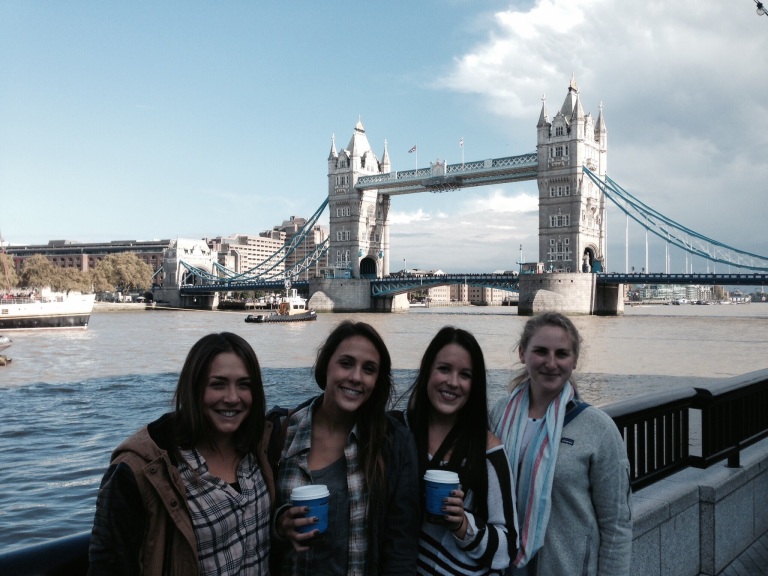 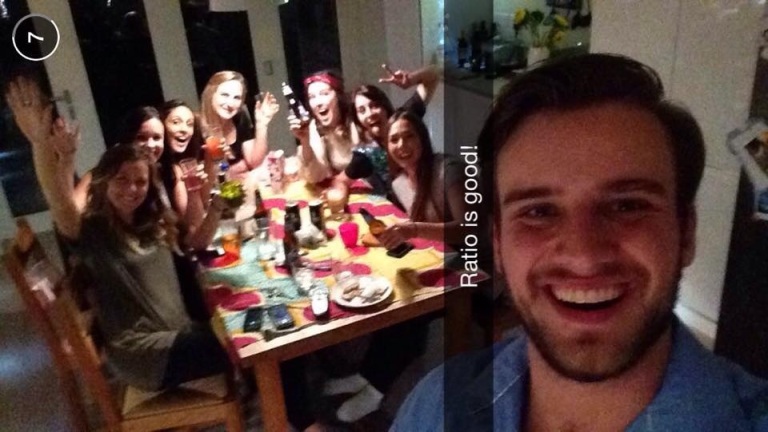 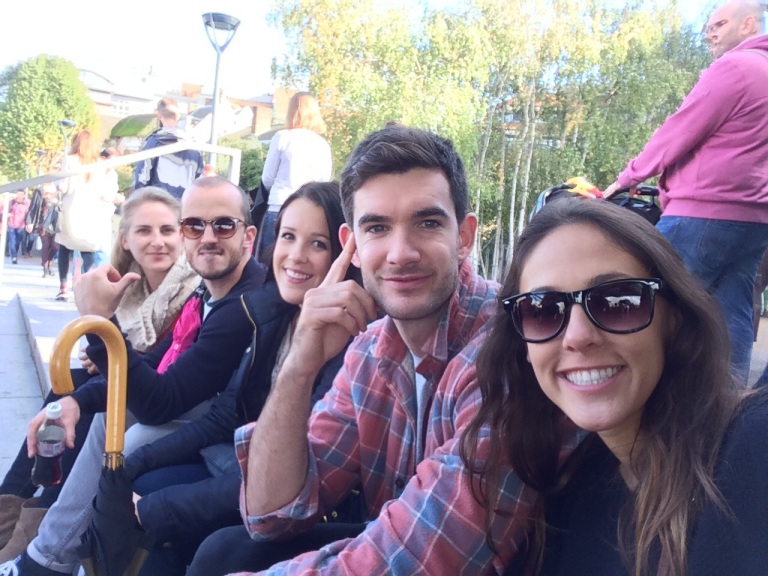 One thought on “London calling!”