We arrived in Munich a day early because we had to check into our camping so early the following morning. In the pouring rain we navigated our way using the U bahn and S bahn to a friend of a friends place who lived a little outside the city center. We were staying with Nikki, a guy our friend Alex had met through Christian surfers while in Germany. He was kind enough to put us up for the night and give up his room. He supplied us with an air mattress so that all four of us could fit comfortably and even projected a movie onto his wall for us to fall asleep to. After having spent the last week bouncing around hostel to hostel this was such an amazing dose of home. Before we went to bed he asked us what time we were waking up, because they would wake up an hour earlier to prepare breakfast for us. So sweet! We woke up to fresh German pretzels from the bakery, tea, and fruit and yogurt parfaits! Just the most hospitable guy you can imagine. We were so thankful for him, helping us out in our time of need. God is so good! 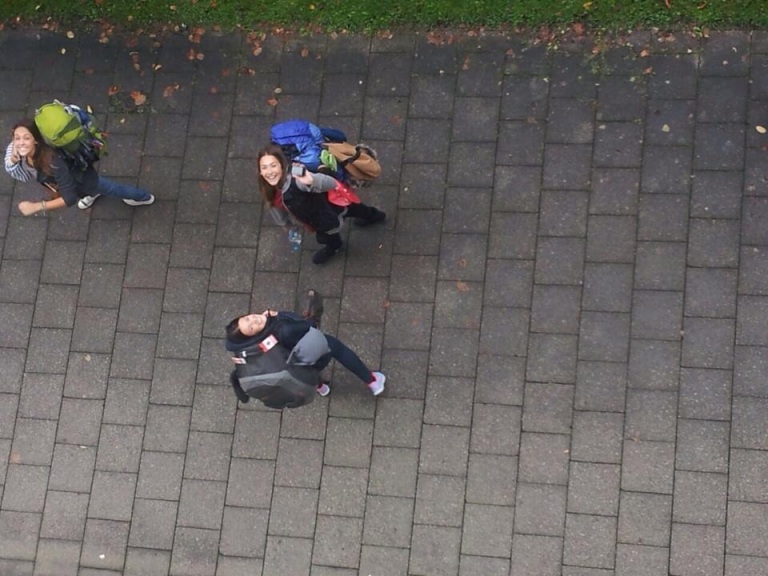 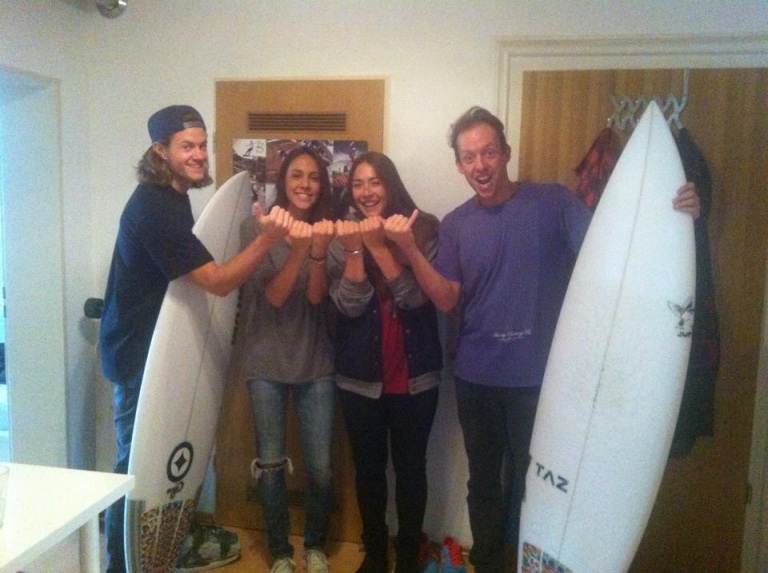 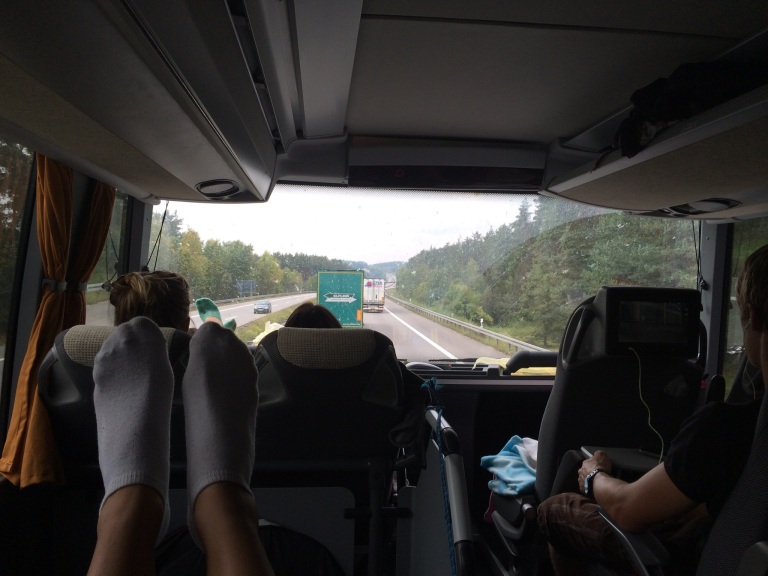 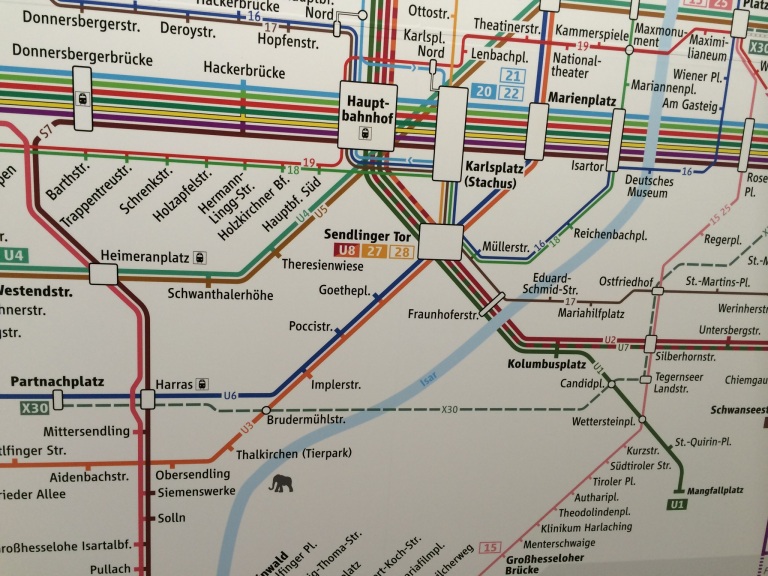 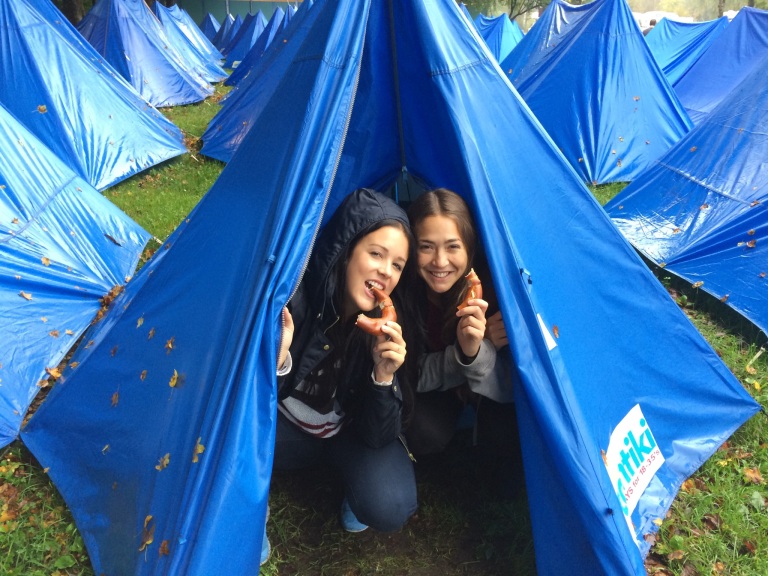 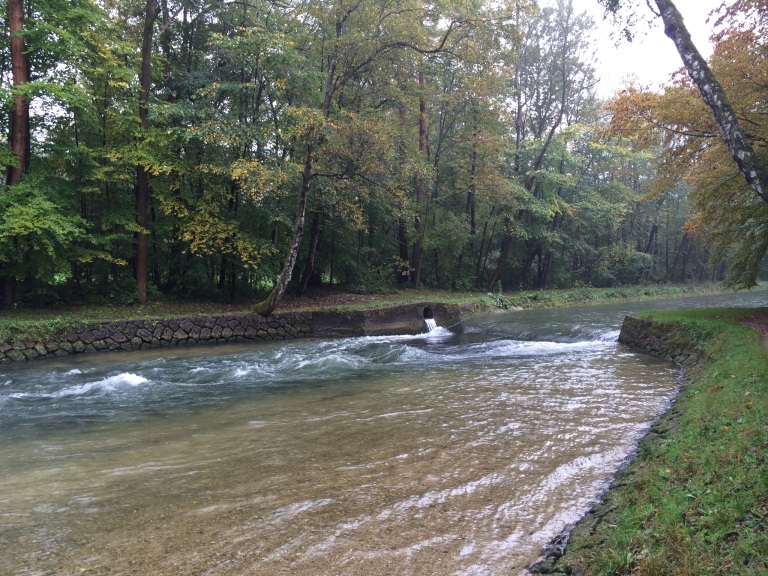 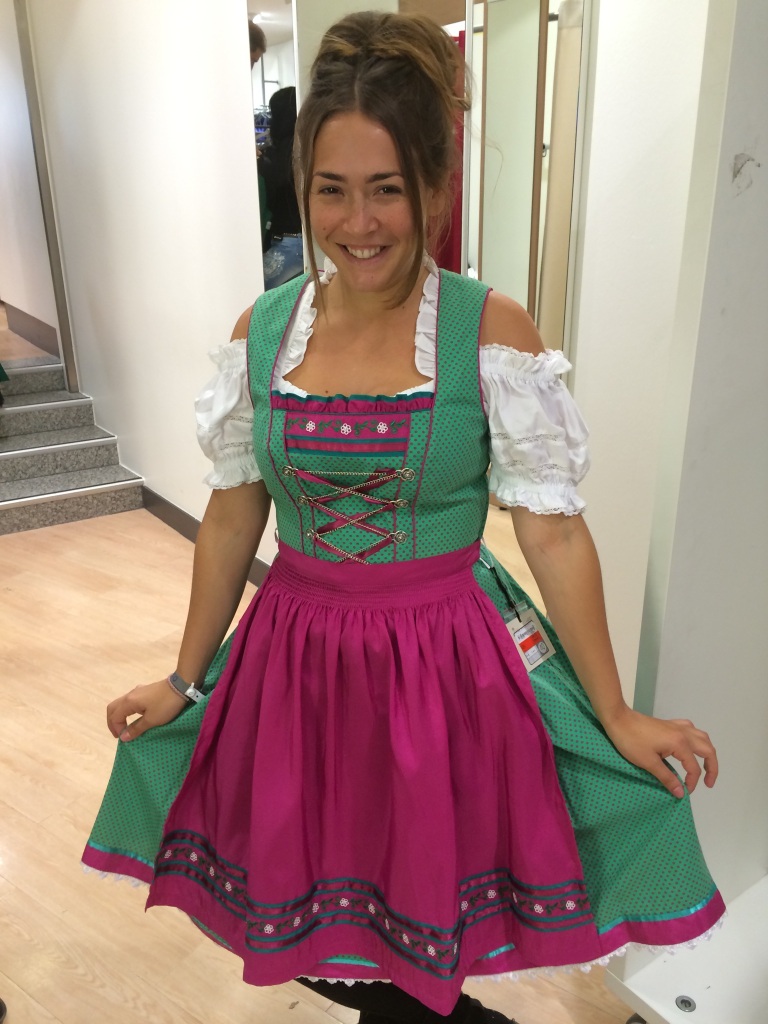 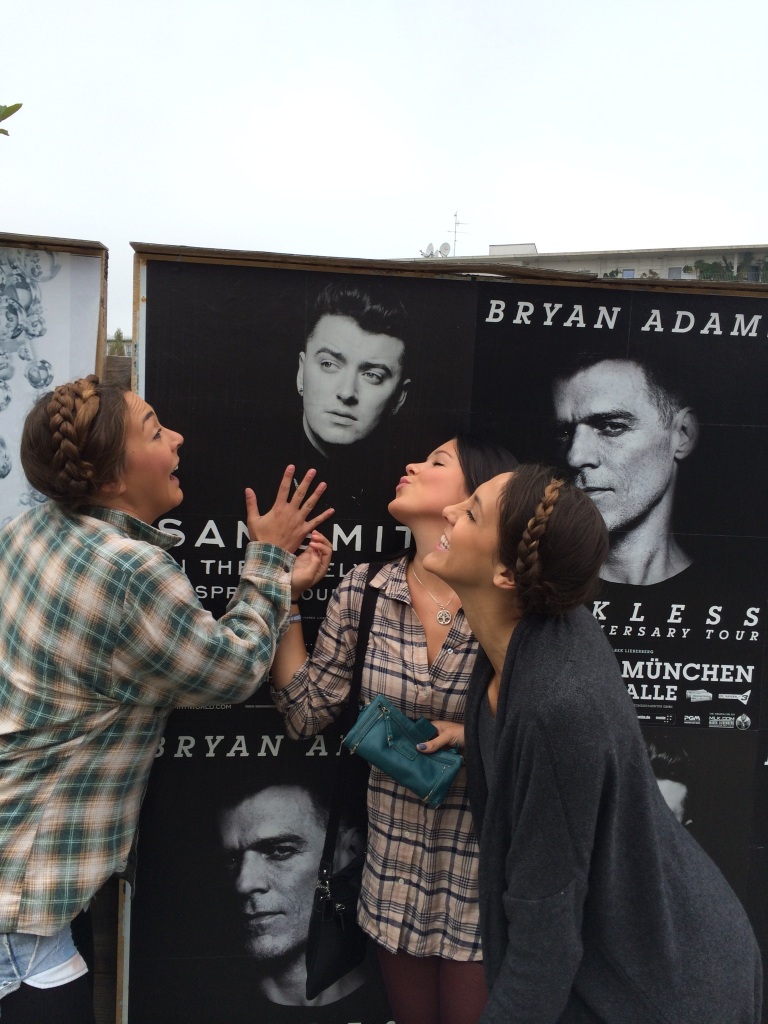 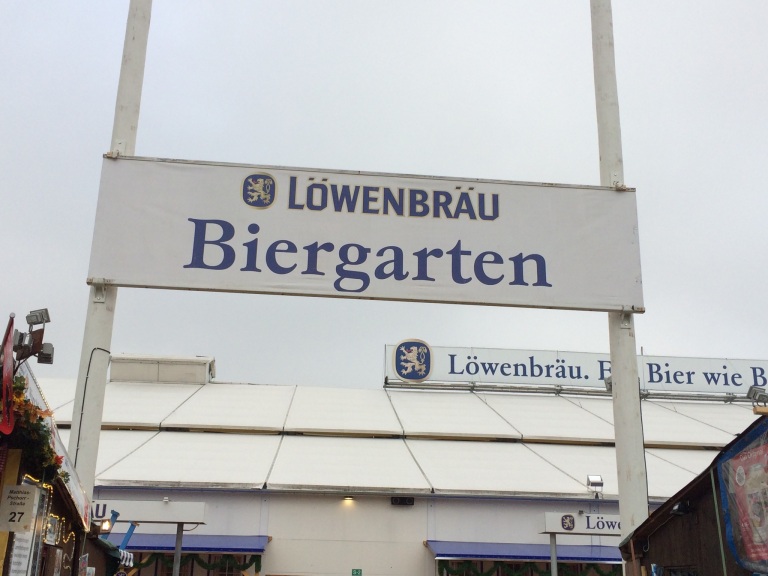 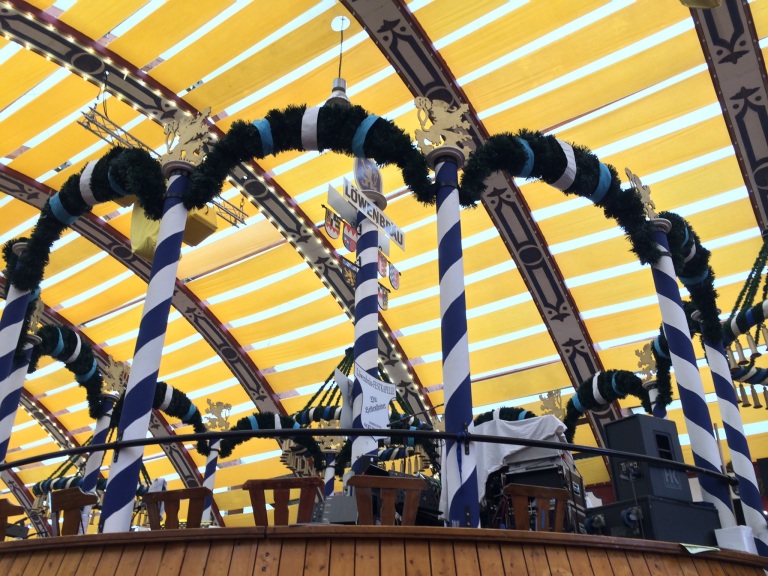 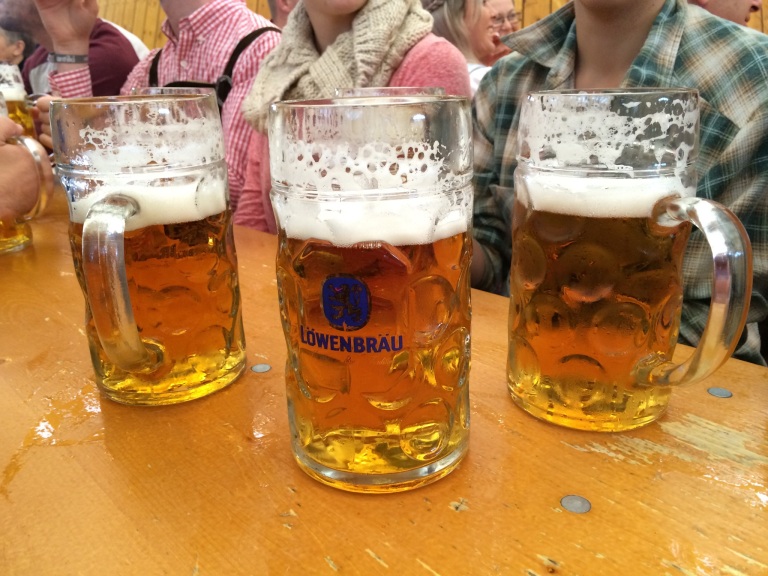 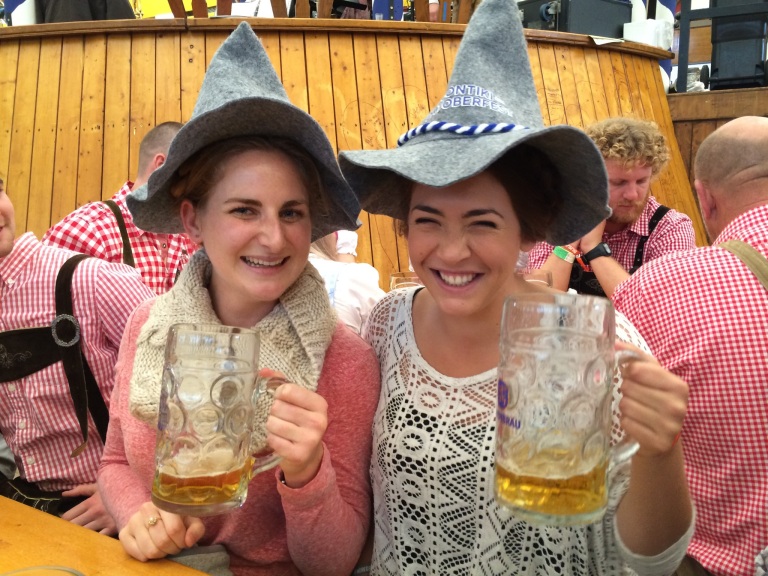 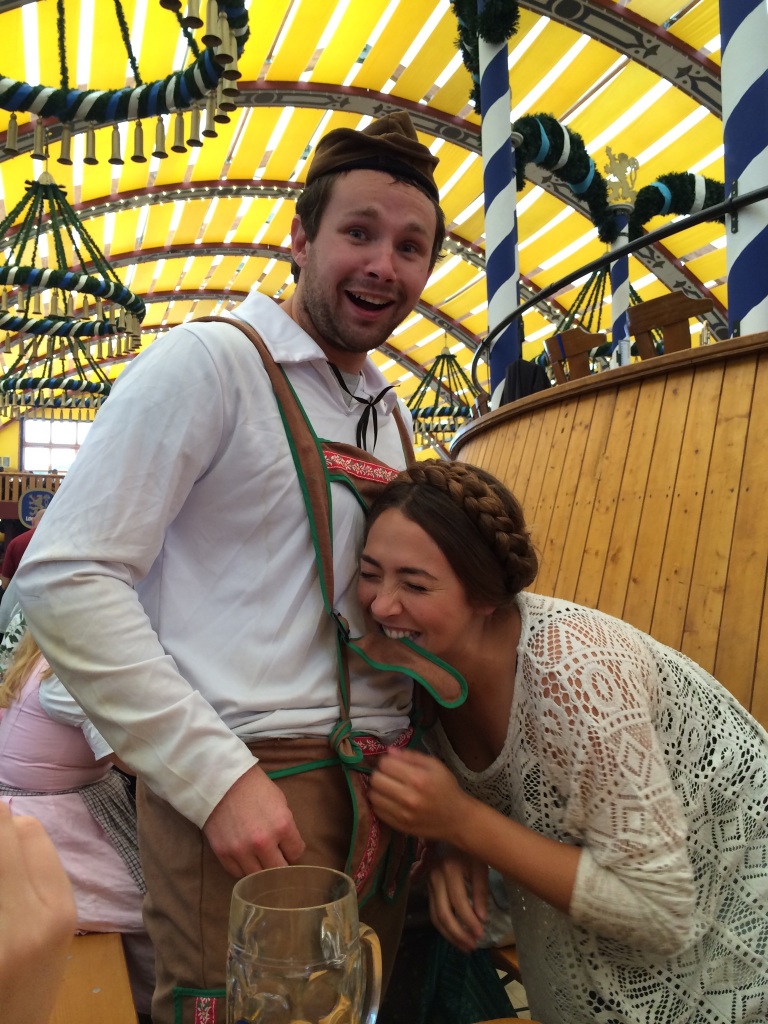 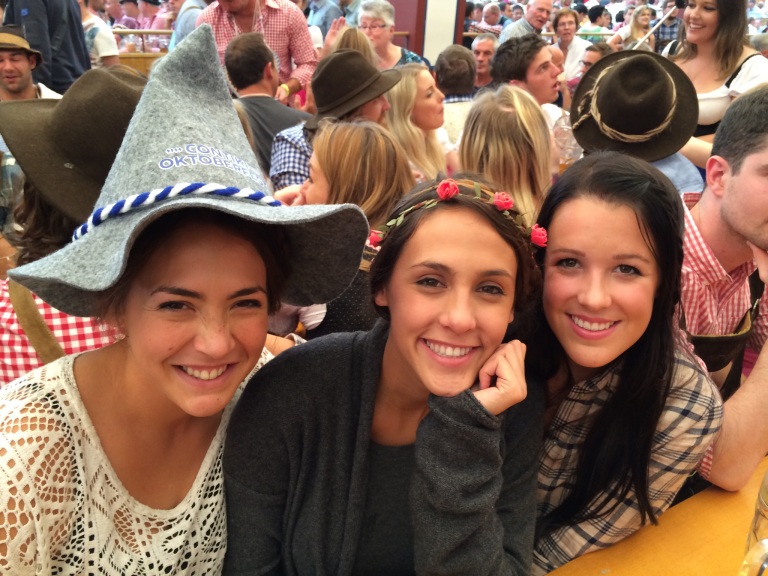 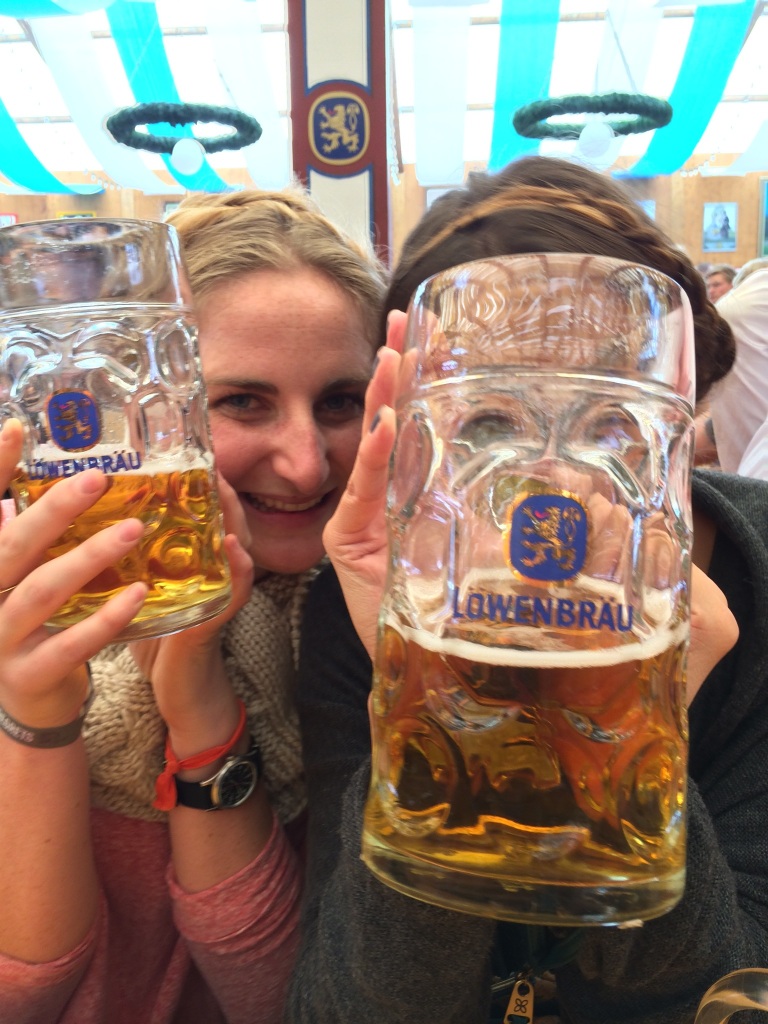 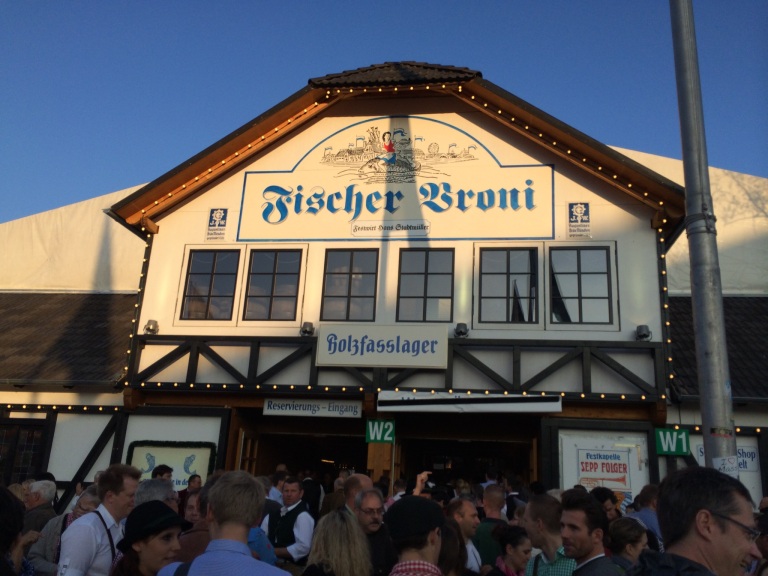 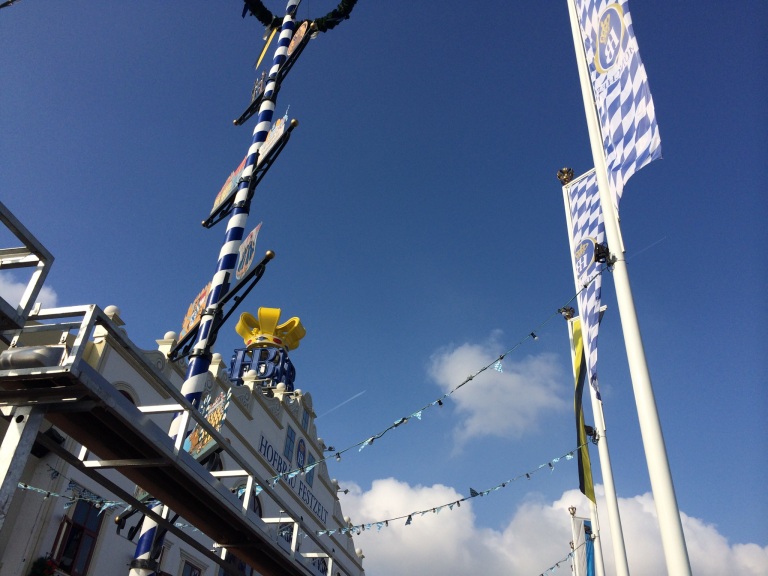 The next morning we got an early start and walked to where our campsite was. When we got there however it wasn’t really what we had expected. It was literally tarp tents on the cold, wet, muddy ground with half filled air mattresses. We knew were in for an interesting next couple of nights, especially without a sleeping bag. It was 6 degrees Celsius at night and the only way we were able to try and keep warm was by putting every piece of clothing we had in our bags. And it was still cold! Marielle and I would sit up at night able to see our breath, shivering, counting the hours till the sun came up haha. But it wasn’t all bad,we met some really awesome new friends and it was all about the asparagus!

The first day we took a walk down the river, checked out the city center, tried on some over prices dryndls, and got our first pints and some much anticipated schnitzel! The next day we headed into the festival, taking advantage of the free shuttle rides included in our stay. We went with a group really early into the beer tents and started drinking around 10:30am. By noon the tent started to fill up, and it started to get crazy. People standing on benches chugging full steins, the band playing, everyone singing loudly, and enjoying giant pretzels between skulls! It was mayhem and amazing all at once. After a few hours in that particular tent we headed to another, Haufbrau house, where we continued drinking games in the crowded beer garden. At this point I had had a few steins and was slowing down. Not only because a stein is literally a liter of beer and I pretty much couldn’t believe how many we had drank, but also because they were expensive! 10 euros each plus you have to tip the beer maid 2 euros each time or she won’t come back! Expensive, but fun!

The next morning we decided to take it a little easy and take a day trip to the Dachau concentration camp. This was a total different change of pace and was actually quite eerie to see. The day we arrived it was really foggy so when you entered the gates and looked across the yard it gave you an uneasy feeling. We walked through the barracks and alongside the wired walls to the infirmary before watching an old black and white film about what went on at the camp. It was so sad to think about all the lives lost here and how fortunate we were to not have grown up here during that time. Our guide on the bus had us do something before we arrived that really stuck with me. She had us all put out hands up in the air and then asked us a series of questions. If we could answer yes to any of the questions we were to put our hands down. Fun game… First thing she said was is your hair any color other than natural blonde, (I was immediately out), are your eyes any color but blue, are you jewish, do you have any ailments, have you ever broken a bone in your body. By this time everyone had put their hands down, except for Marielle. So crazy. Our guide began to tell us that during this time if our bus had been pulled over for any reason, everyone of us would have been taken into the concentration camp except Marielle. And if she tried to speak up for any of us, she would have been taken too. Insane. 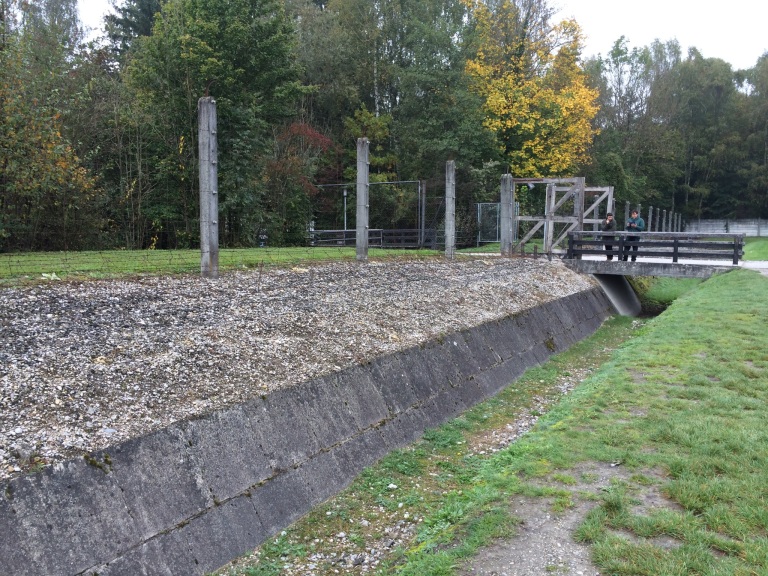 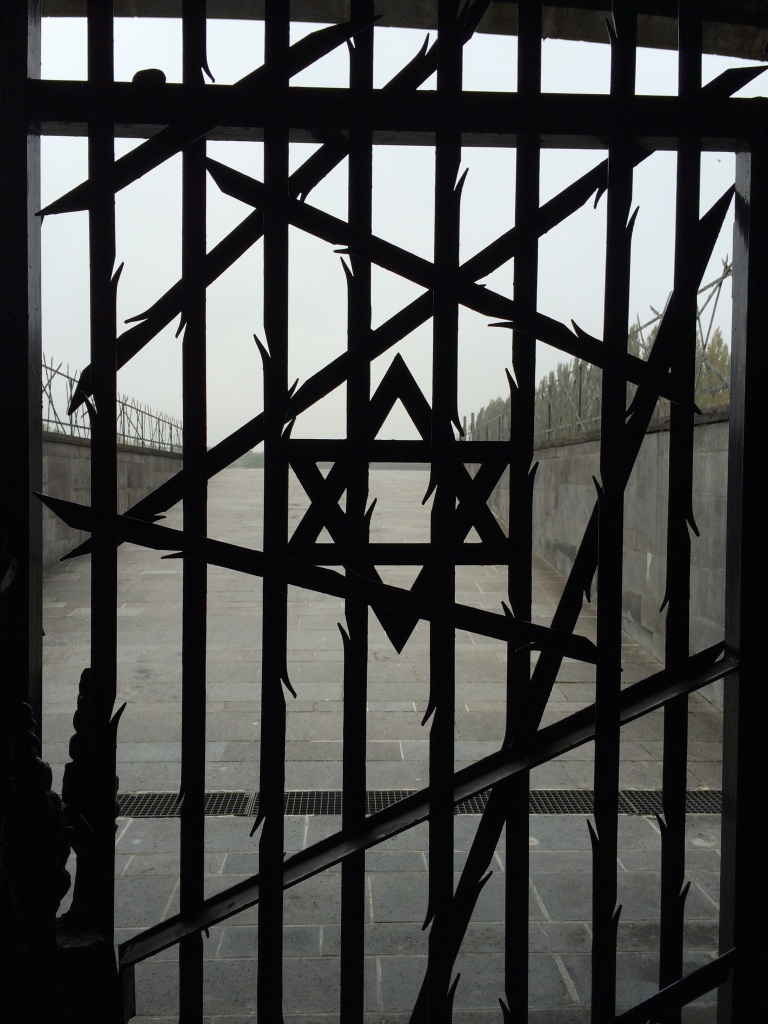 After that much needed perspective change, we headed back into town for the evening for our last night at the festival. Not realizing it was a holiday that day, so did the rest of Munich. We waited in a line for over an hour before sneaking in a side entrance and squeezing our way into a table with some local Germans. The afternoon beers turned into evening ones and we ended up closing the place down. This time we were the ones standing on the tables singing haha. Such a solid day!

The following day we were more than ready to leave and were looking forward to a warm bed. We hopped on another 8 hour bus to Berlin. It would be a long interesting ride, but we could sleep knowing how awesome the last couple days were. Goodnight, see you in Berlin!