We got a late start our first day in Athens after trying to catch up on sleep from the few nights before. Luckily our hostel was only a mile and a half walk from the city center, Plaka, which was at the bottom of the Acropolis. We wandered through the streets eating falafel wraps and drinking freddochinos. We then bought day tickets and hiked up to the top of the Acropolis to check out the Parthenon and the Temple of Athena. It was crazy to walk amongst the marble ruins I’ve only seen in history books and look out onto the city below. There was so much history on that hill. Preserved in the very center of the busy city. So cool. After some time up there we made our way down the hill to check out the Temple of Olympian Zeus and the Panathenaic Stadium. It was a nice little cultural walk about the city that we ended with gyros and Greek beers each only €2.50! Amazingly cheap and so yummy! 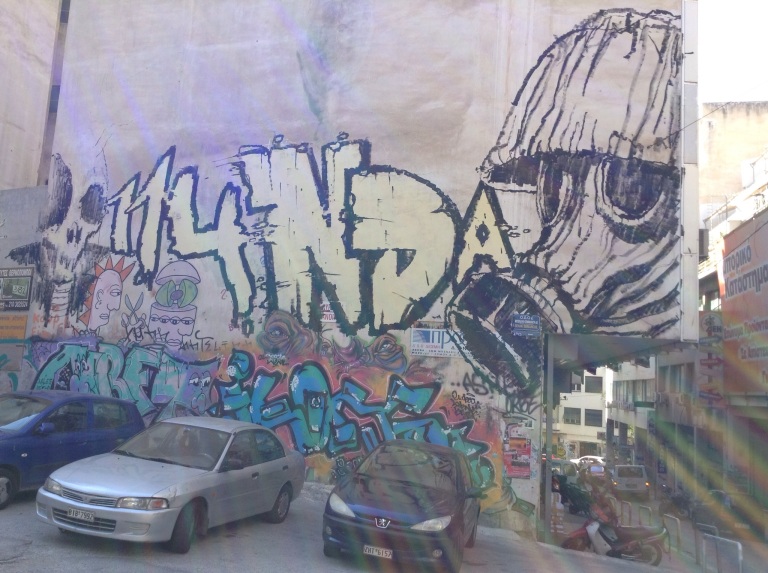 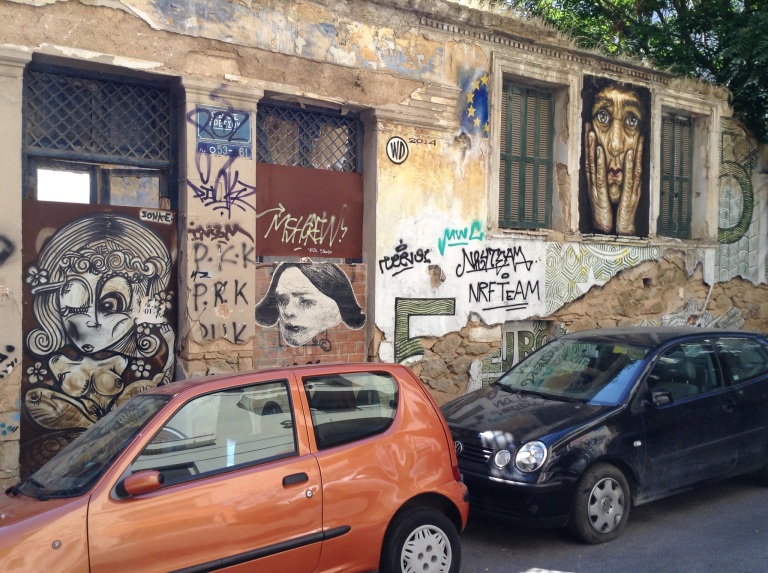 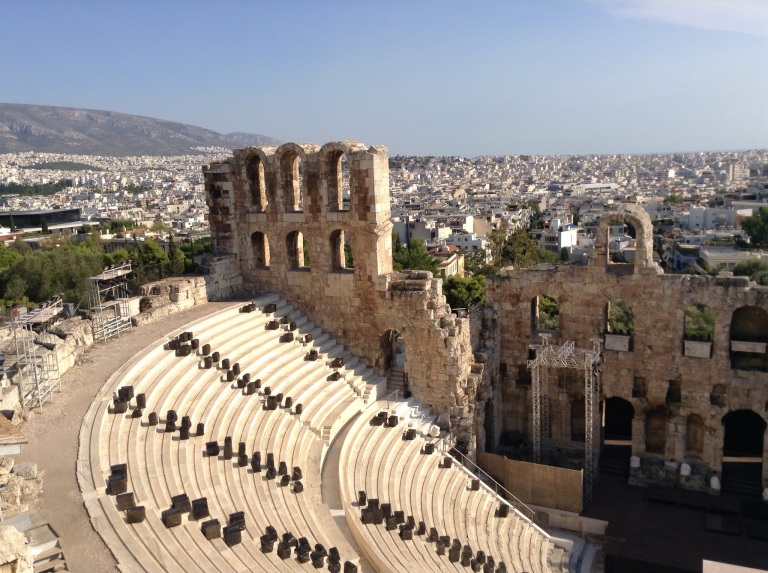 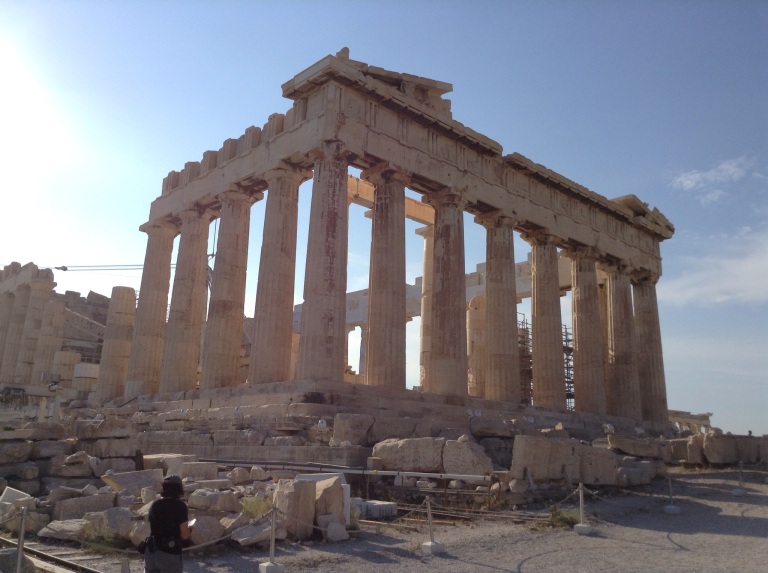 The next morning after an early start and an 8 hour boat ride, we made it to the island of Santorini! I couldn’t believe we were here! The houses along the tops of the hills were just as I had imagined and seen in the movies. As we arrived and took the windy road to our hotel in Fira, the 3 of us decided that this section of our trip would be considered “vacation”- meaning we were allowed to loosen up on our budget a little and enjoy ourselves a bit. Our hotel, Villa Manos, was run by Mr. and Ms. Poppy. (Not to be confused with our previous Italian friend Poppy) The couple owned this family run hostel and were very sweet people. Fira was the perfect place to stay on Santorini because it was located on the central coast of the island and you could easily get to the beaches on the south side or head up to the north side and see the sunset in Oia. The first night we headed into the Downtown area of Fira for dinner. That night I tried Greek moussaka as we sat and drank a few carafes of house wine laughing at how the heck we ended up here. While watching the sunset, through what appeared to be doors to the ocean, we made friends with a few English guys who met up with us for drinks later that night. We somehow ended up at an Irish and then Scottish bar which was pretty ironic, all while sharing shots of the Greek alcohol ouzos… Which really has a way of sneaking up on you. 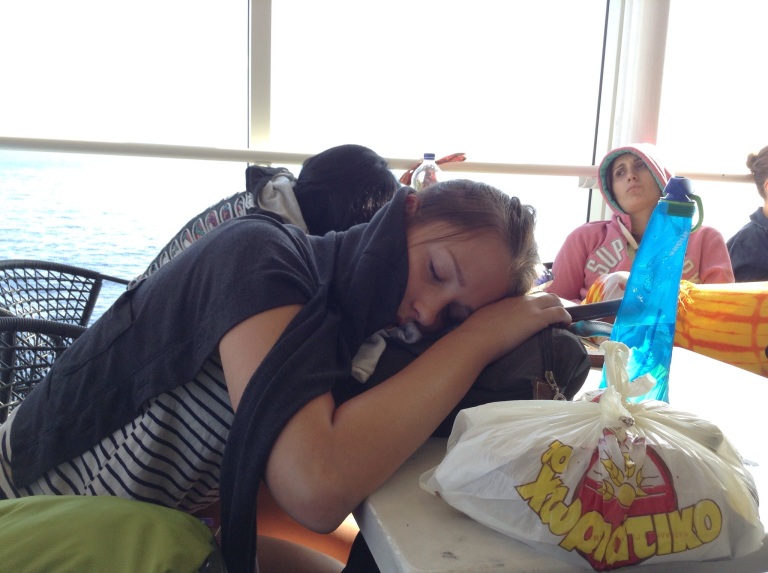 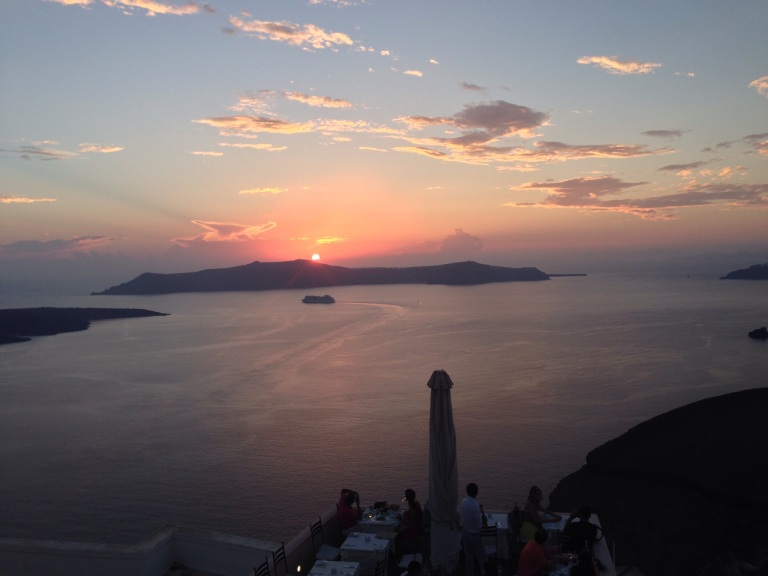 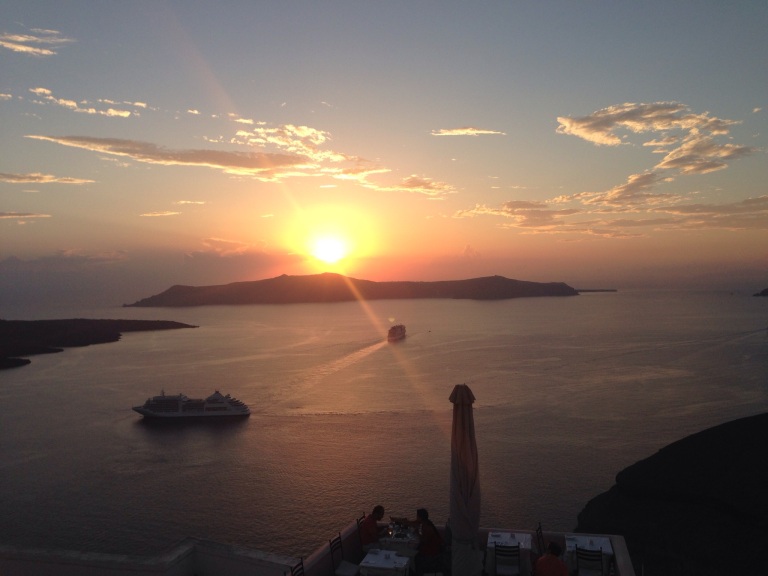 The next day we decided to rent atvs to see the island in a different way! Luckily I had taken a photo of my ID before it was stolen and I was able to show that I had my moto license and rent a scooter! Without it they were only letting people rent quads. We filled up our tanks headed to the south side of the island to Perissa beach and had freddochinos while Kayley began asking all the locals for a job at the beach front bars. Unfortunately they told her it was too late in the season but if she came back in May of next year they would hire her right away! So if she does end up coming back I may be making another Santorini visit next summer haha! We rode back up to Oia in the late afternoon taking the windy road along the cliffs.This was truly beautiful and I kept tilting my sunglasses down from eyes to make sure if what I was seeing was real. The wind on my face, on two wheels, high up on the hillside with a view of the whole island below… Just amazing. Instead of heading into the town this time when we got to Oia we rode down to Ammoudi which is just below and along the water. We walked along the rocks to the popular swimming spot and took turns climbing up and jumping off the rocks as the sun started to set. Just pure bliss. We hurried out of the water when the sun was down hoping to make it back to Fira before it was too dark and we were frozen riding home in wet clothes. We stopped at a market on the way home for some snacks and of course Oreos. As I went to the counter, clothes damp from my bathing suit, hair wet and scraggly, and traces of eye makeup smudged on my face, I leaned over to Kayley in line and said, “I am so happy right now” and the old Greek man behind the register looks up and says, “You look happy!” Such an awesome moment to end this amazing day. I will always remember this day in Santorini and can’t wait to have more adventures on back roads on a bike of my own when I get home! 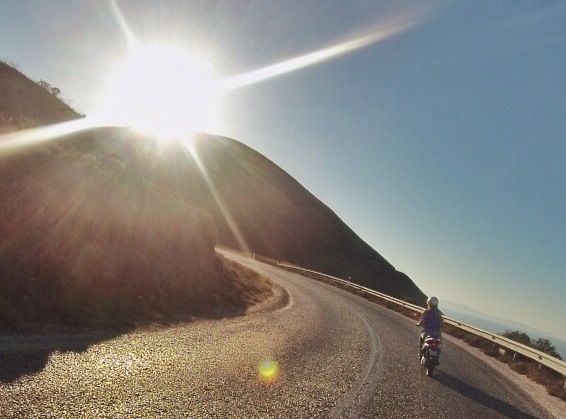 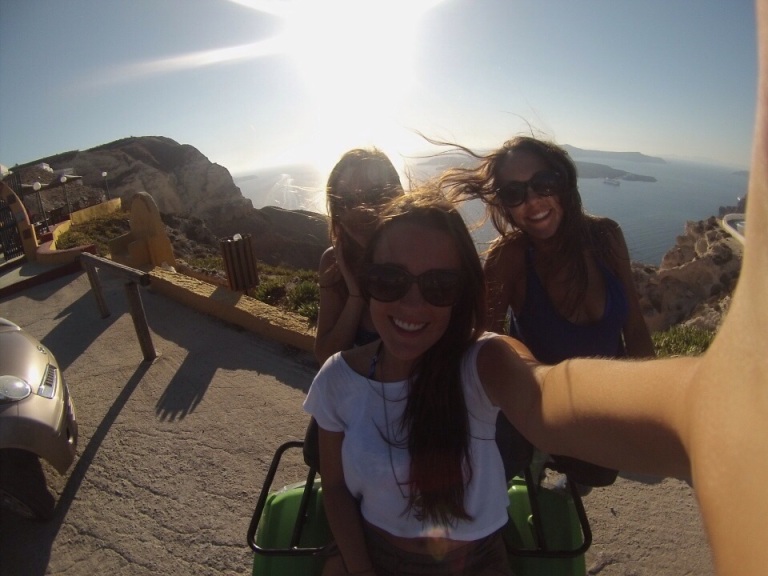 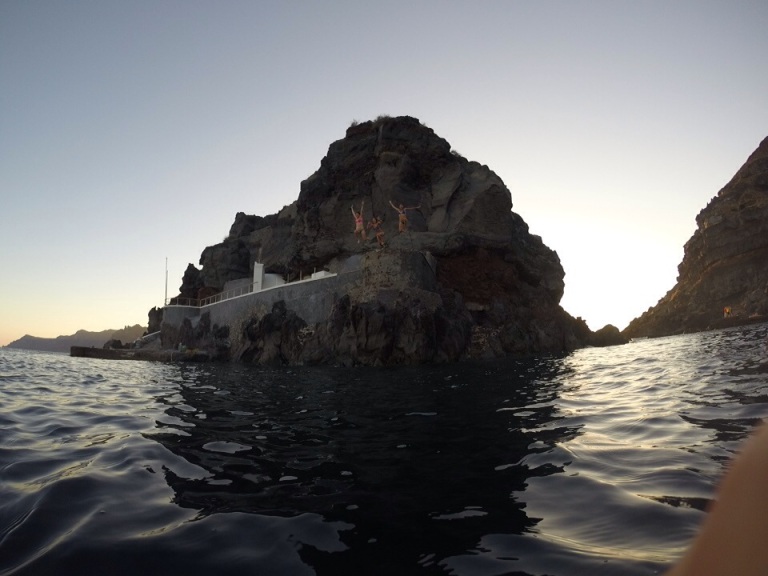 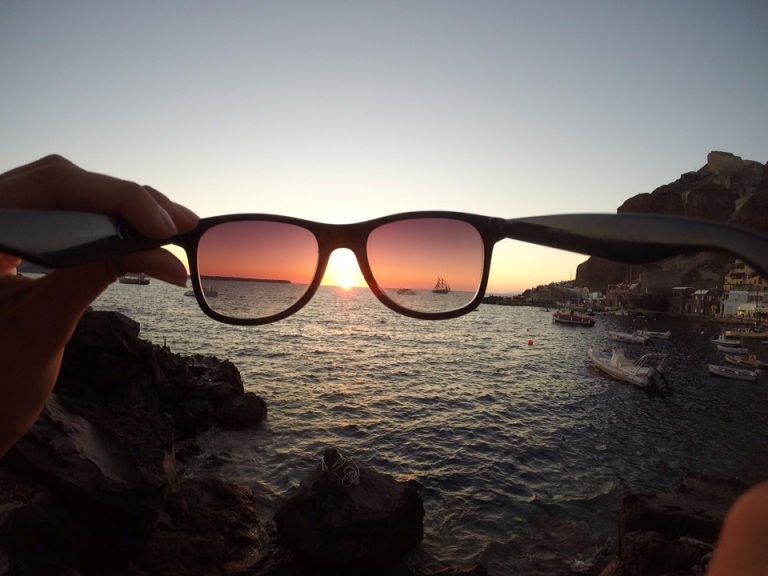 One thought on “Greek goodness!”