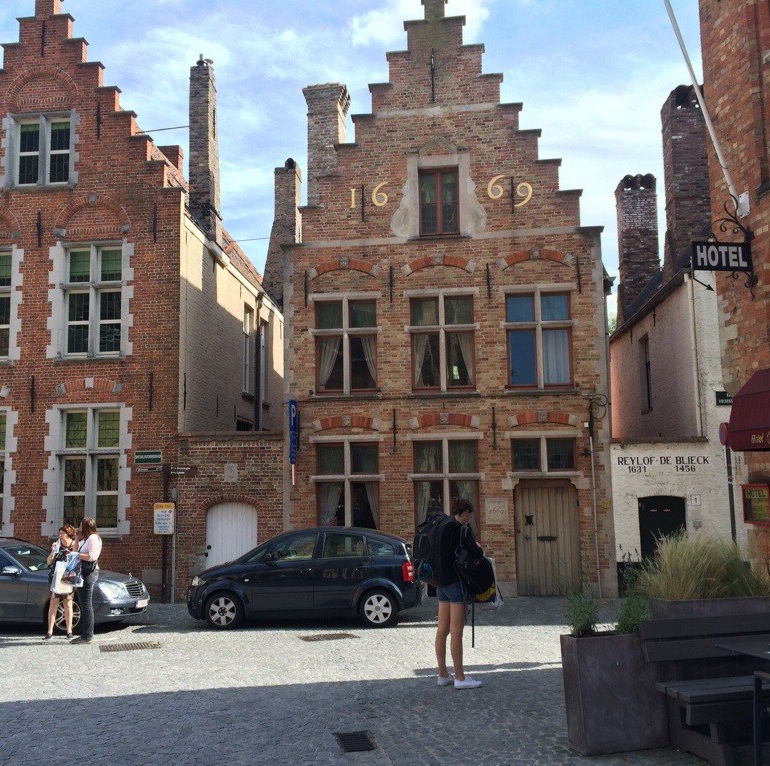 We arrived in quiet little town of Brugge Belgium after hopping on and off about 4 connector trains from Amsterdam. We found the town to be much smaller than we had imagined and figured we could see most of it in a day. So we last minute decided to book a place to stay for a just a night. However, the hostel we chose was a bit different from the last. We were given a 4 person room about the size of a normal bathroom with 2 bunk beds about a foot apart. The room didn’t have anywhere to put our stuff so we had to lock it downstairs and didn’t have access to any of it till 830 the next morning. (Super inconvenient!) But we decided to roll with it because of their extremely good happy hour prices. -Only €2 for a bottle of Chimay! What!

At happy hour we made a few friends from Canada and one guy from Australia named Daniel who ended up tagging along with us for the evening. Daniel was fascinated with our “Cali accents” and thought we sounded like we were from Laguna beach. We quickly learned that every foreigner refers to California as “Cali” and thinks it is exactly how it is portrayed on television. He also made sure he pointed out how much we over used the words ‘totally’ and ‘cute’ which we had no idea! We also get 2 questions regularly from everyone we tend to meet: 1. Do you know Lauren Conrad? 2. Is college in America just like in the movies? — to answer, No. And actually… Yes haha.

That night we began working on checking off our list of Belgian beers to try, trying to get as many in as possible in the short time we were there. Jupiler, D’achoufffe, De kriek, Hoegarden, Chimay, and Delirium. But even with the 3 of us trying to navigate it was easy to get lost even in this small town because there were so many textile shops, tea houses, cathedrals, and churches around every turn. We would think we had a landmark and be totally off!

The next morning we decided to take a free walking tour provided by the hostel. Much to our surprise our tour guide was from Redondo Beach, Ca and had just moved to Belguim a month ago which was hilarious. But in all fairness he was actually a really good guide and we got to learn a lot about this old medival town and the history behind the neo gothic buildings. Even the style of roof tops had meaning. The staircase looking roof tops were called gables and the number you had represented your status. The more steps the better.

Mid tour we became distracted by the smell of waffles. We went to 3 separate shops to fufill Jessica’s dream meal of Belgian waffles, chocolate and beer all at once. It was a great and delicious success. Happy and full we turned to each other and said, “Let’s go to Paris today!” 🙂 and we hopped on the next train.

See you in Paris! 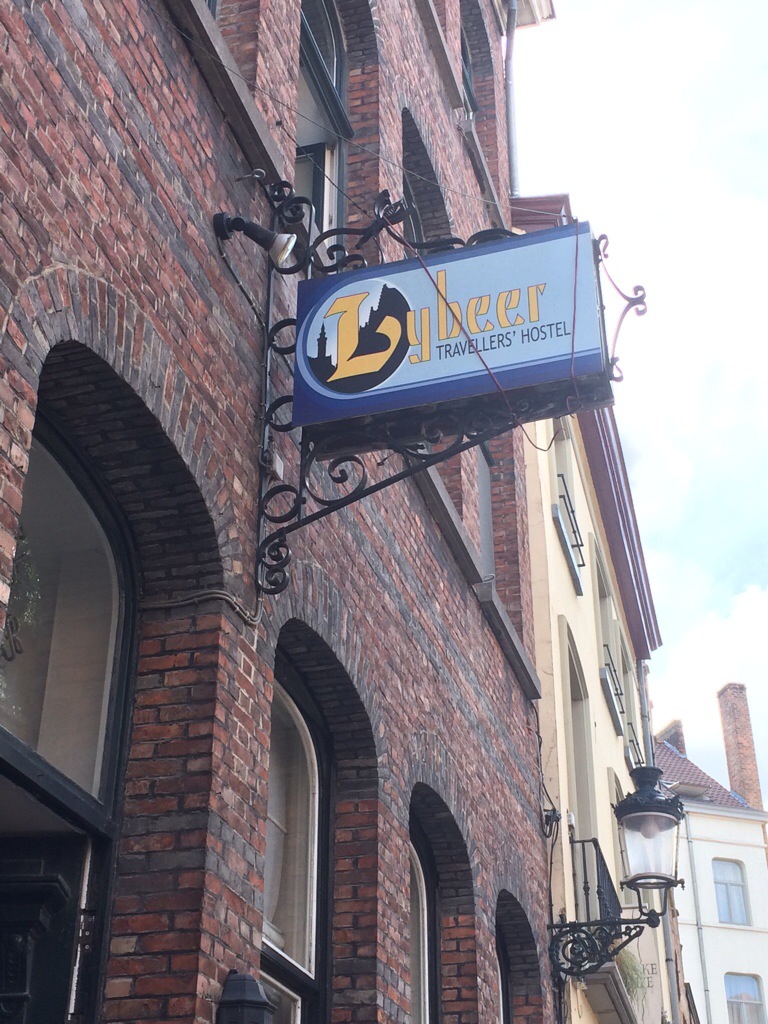 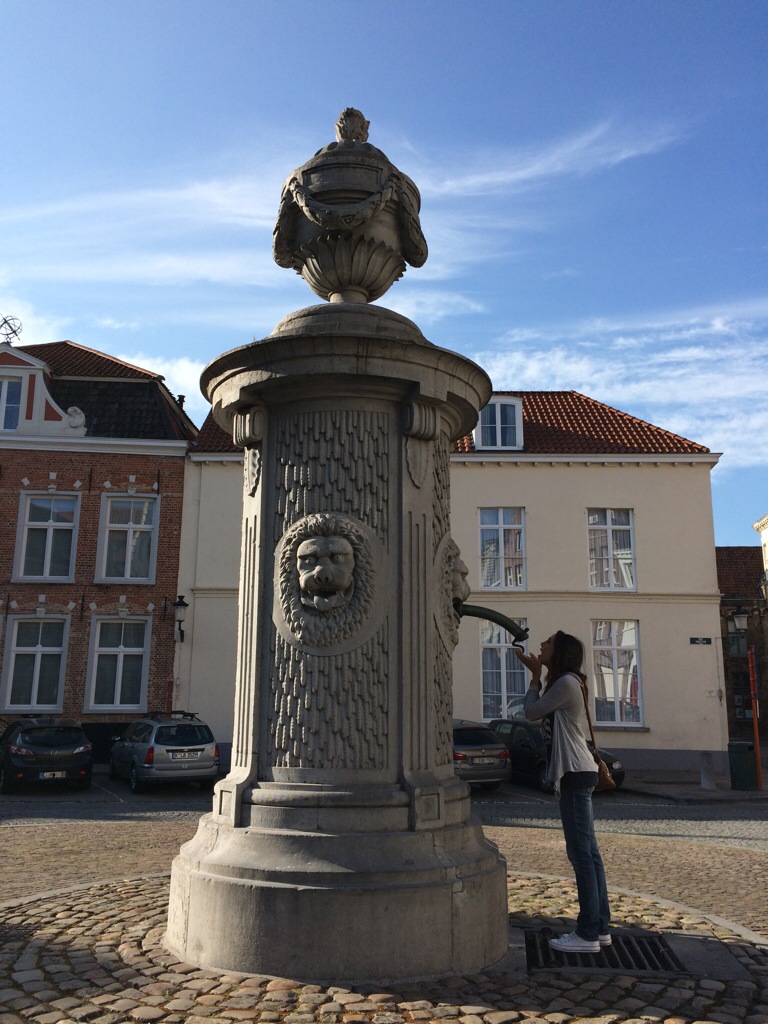 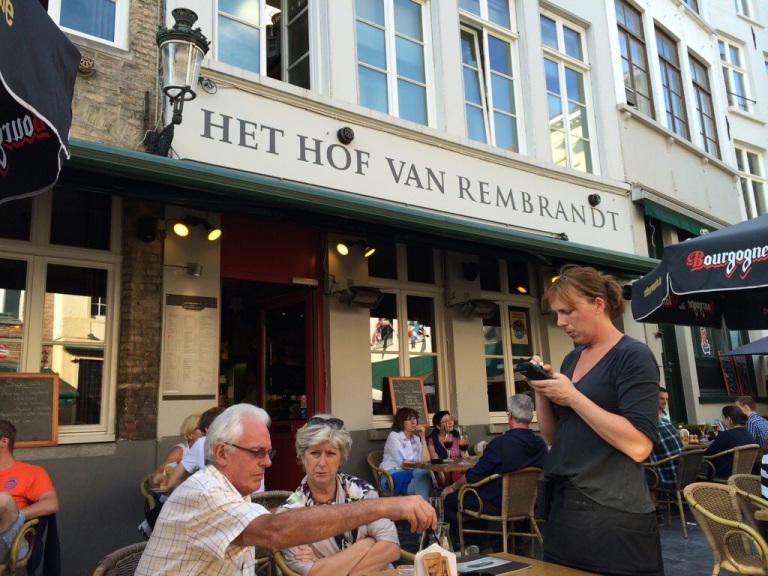 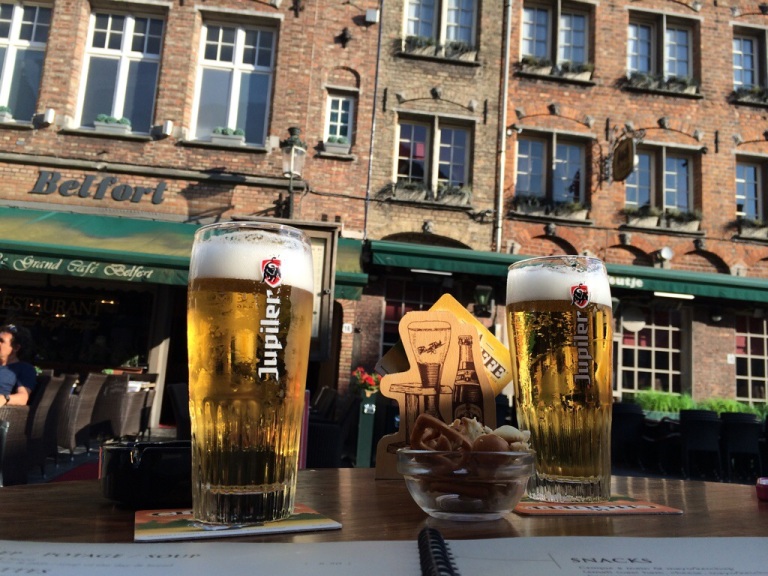 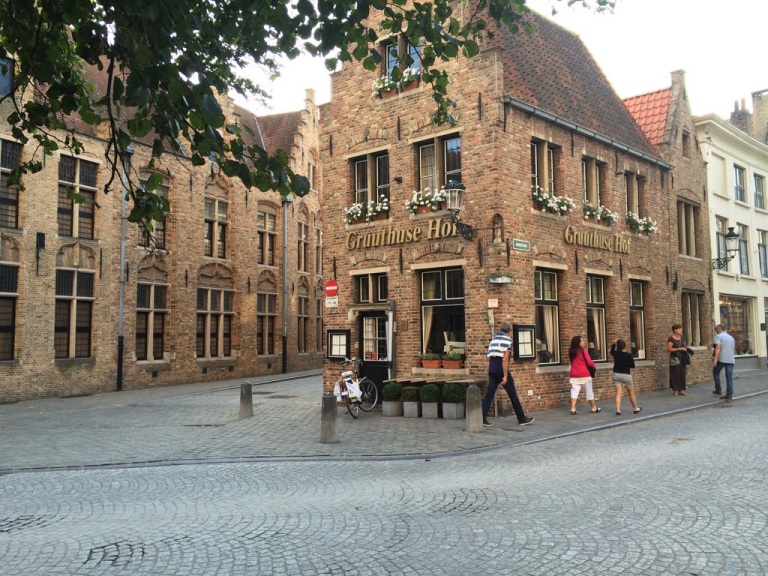 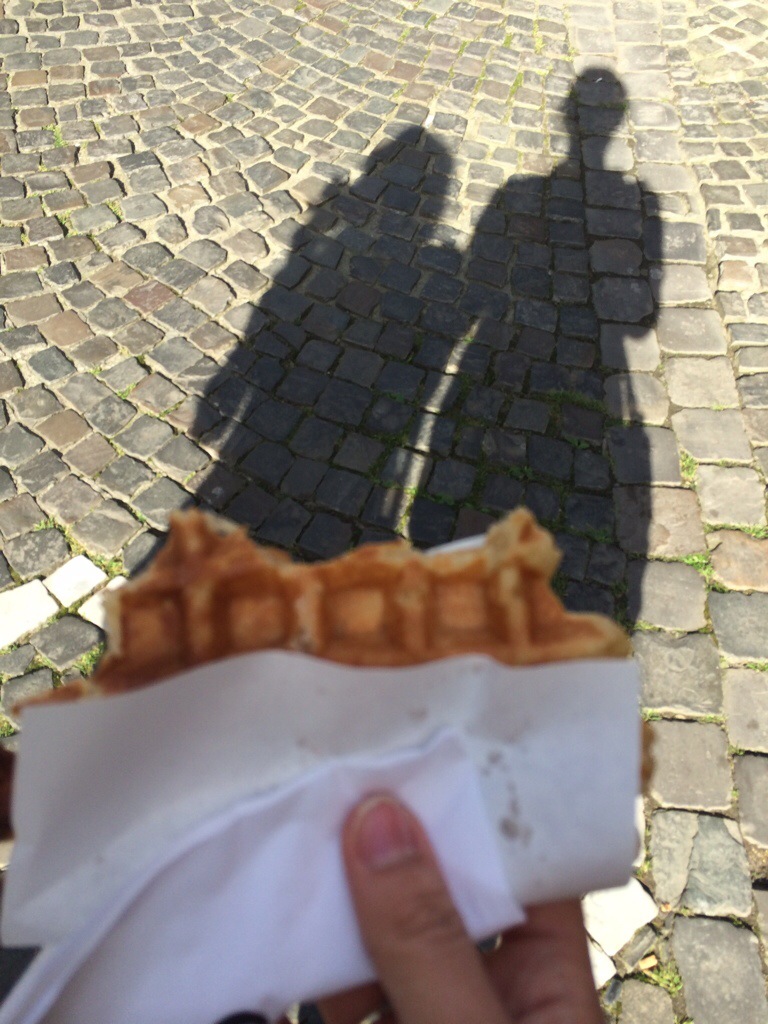 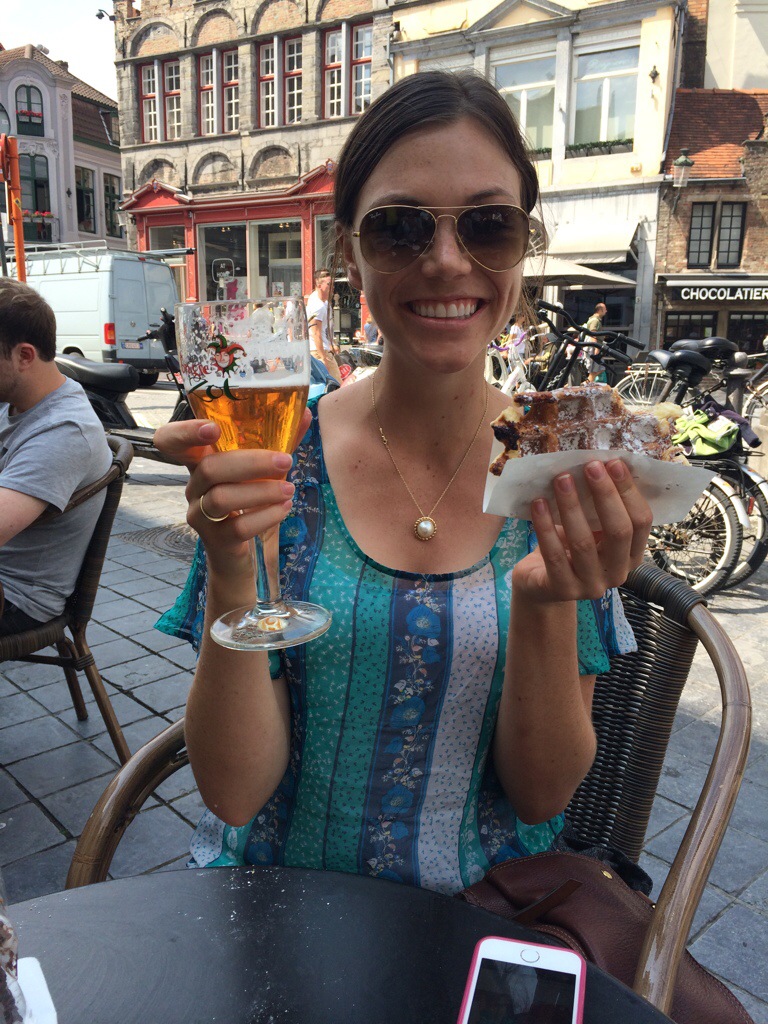 One thought on “Belguim. Beer, chocolate and waffles.”