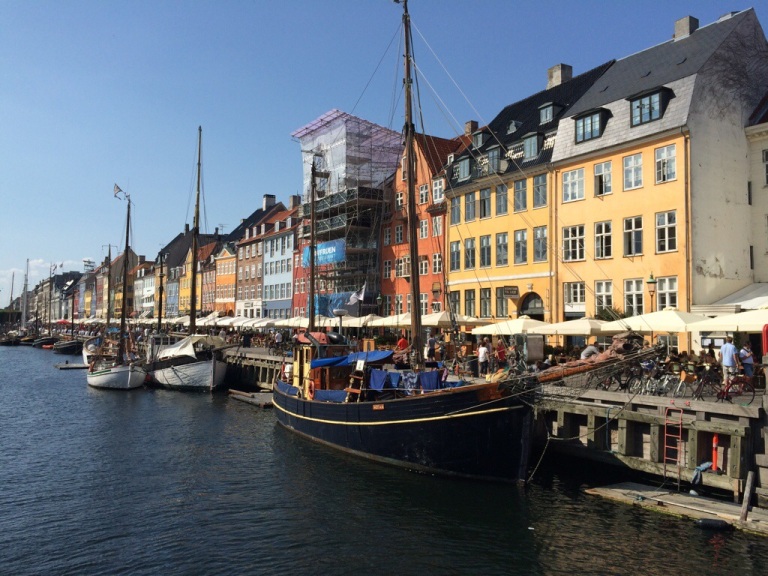 First stop Copenhagen, Denmark- the city of bikes! Jess and I landed on the same day and spent three nights in a small hostel west of the city in the Nørrebro district. Outside of the main city center the streets were quiet and almost free of cars because EVERYONE bikes. They even have their own set of traffic lights, roadways, and street markings. Its a super fun and active environment and renting bikes was really the best way to see the city. Copenhagen is a beautiful place and the people are really nice and helpful. We were able to have drinks with the locals on a couple of occasions and they all spoke English almost just as well as Danish. So we got a little lucky in that sense, not having to try too hard to communicate.

Our first night at the hostel we managed to make friends right away with a couple of Dutch guys, Manoa and Jorn (yor-in). Manoa was a business student and numbers guy, and Jorn was an artist and interior storefront designer. The two had already been in Copenhagen for a few nights and were on their way to Sweden the next morning. They practiced their English with us and helped us decipher the map and recommended some fun places to check out. They also served as our translators with a few Belgian travelers we met who laughed at us as we were poorly mispronouncing the cities we hoped to visit. And they even helped us learn a few words we might need to get by for the next couple days but the most important one of the night was skål (skol) meaning cheers! 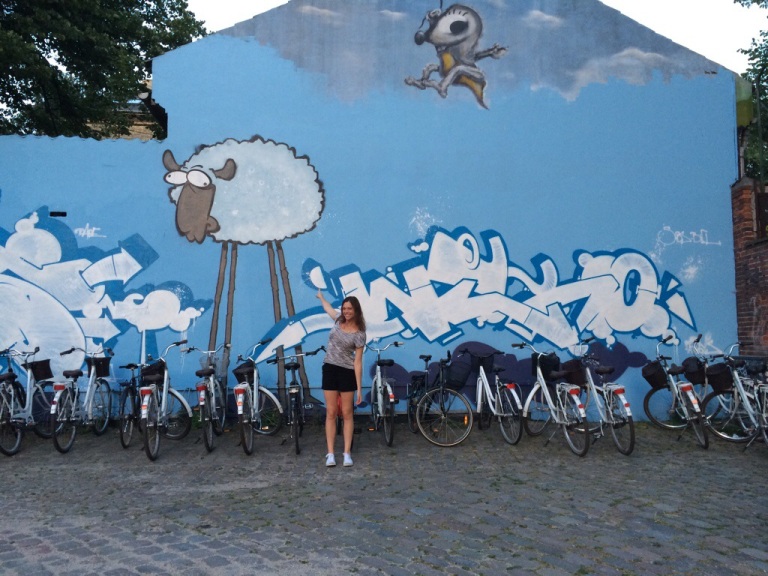 The next day was operation find my bag. Unfortunately my backpack, the one thing I currently have to to my name, was lost because my flight had been switched so many times. As of the next morning they had no idea whether it was in Chicago, Frankfurt, or if it had ever left LA. Luckily I had packed one change of clothes in my day bag and Jess and I were able to still have a fun day exploring. We visited the beach along the Kattegatt that was packed with hoards of people and bikes sprawled across the sand and boardwalk. Apparently it has been the warmest summer in years for Denmark so people were really out and about enjoying the sun. We also rode through the city center to Nyhavn, a popular waterfront eating area along the canal, which we quickly realized was way out of our budget. The average price of meals here, and in most of the city actually, was 100 Kroner, which averages out to $18!! Those coins are tricky little buggers. What appears to be 50 cents is actually around $9. 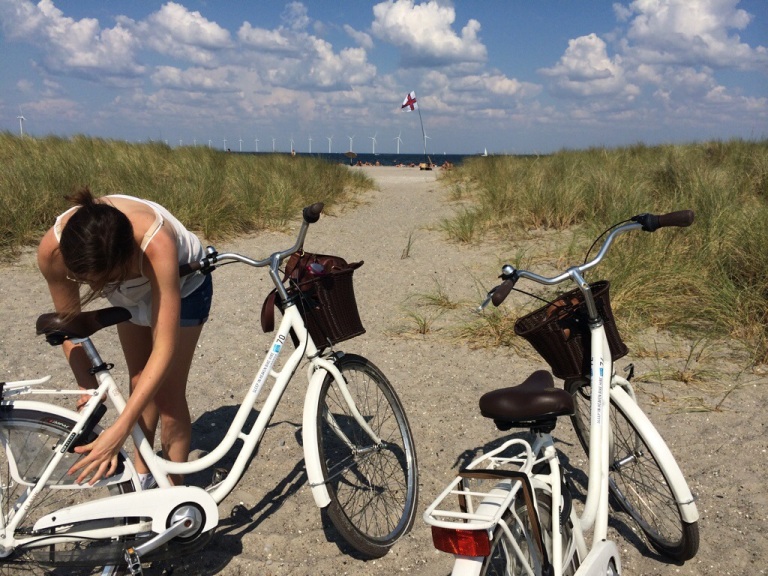 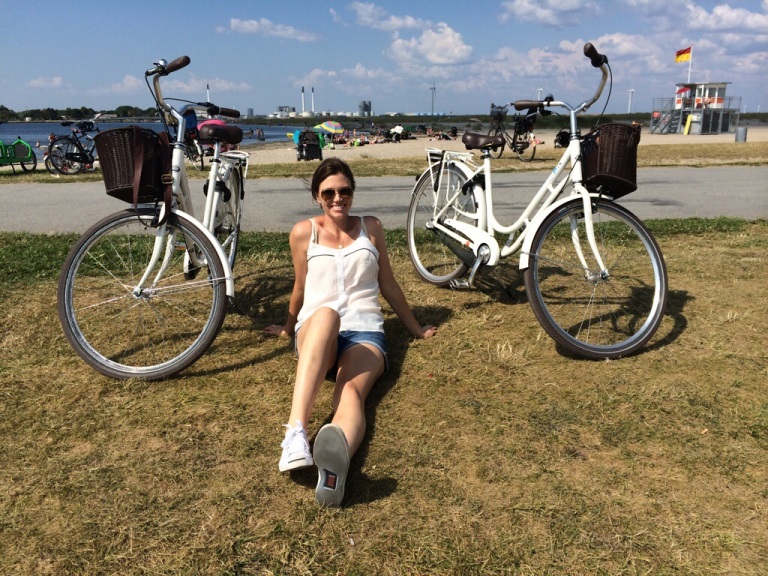 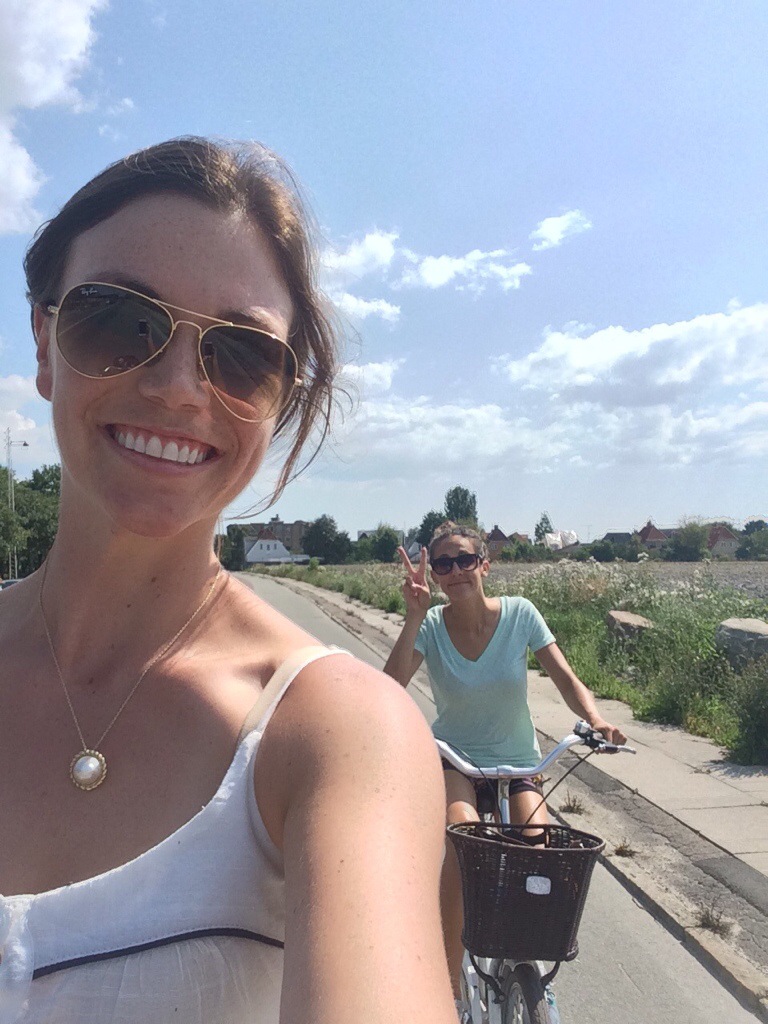 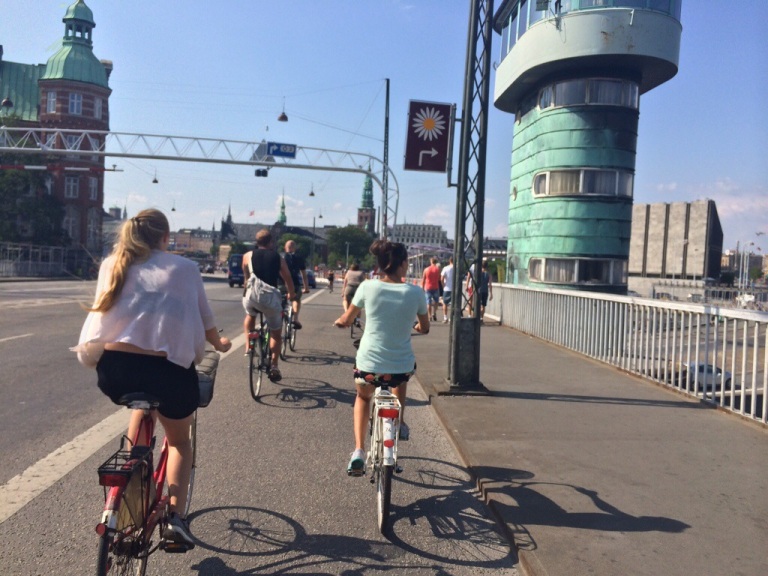 The second night we met a couple of English girls at the hostel who were our age as well, Lucy and Kirsten. They were so sweet and so much fun. Thankfully my bag had arrived that evening and we were all decided to go out together to a fun dance bar where we were able to meet more of the locals. In Copenhagen you are allowed to drink on the streets so the 25 minute walk to the bars serves as more of a pre-game and many young people sit in the parks and all along the bridges and just drink outside because it is way cheaper than buying drinks in the bars. We quite liked that and Jess and I split a bottle of wine on our walk through the streets that night. 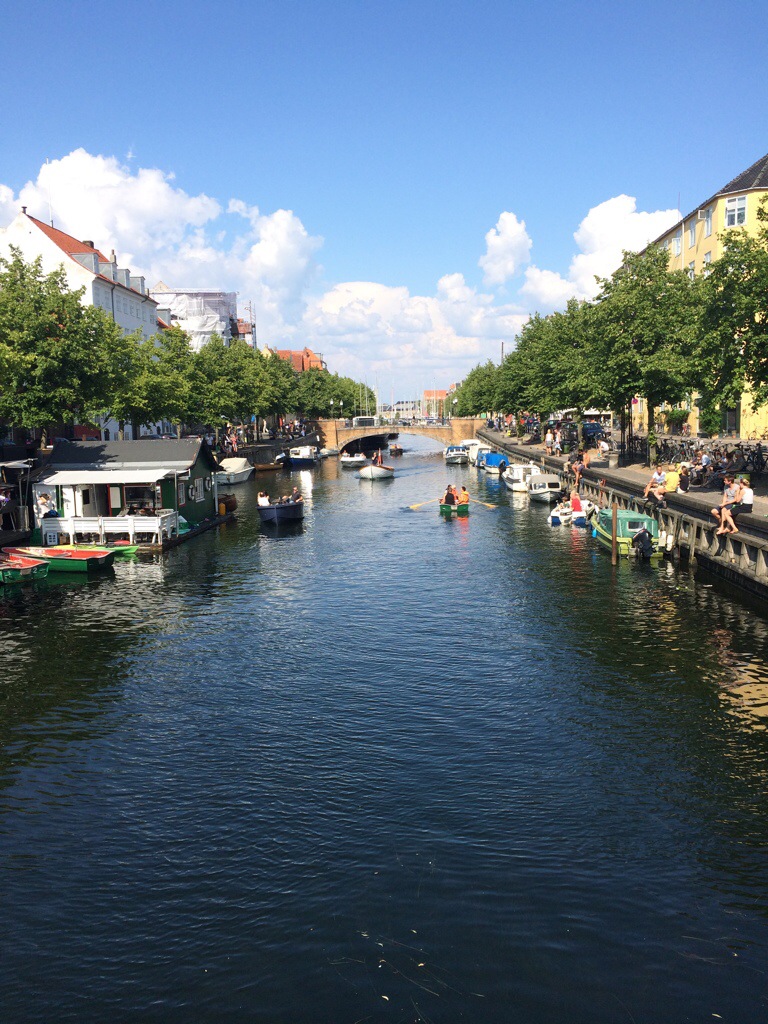 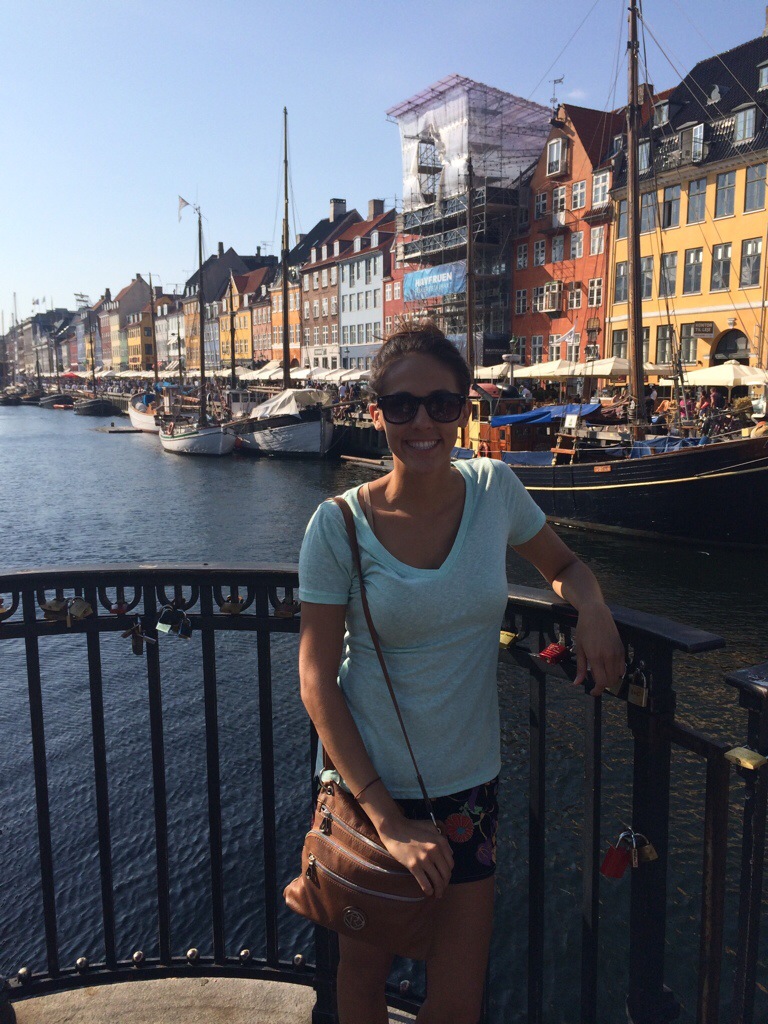 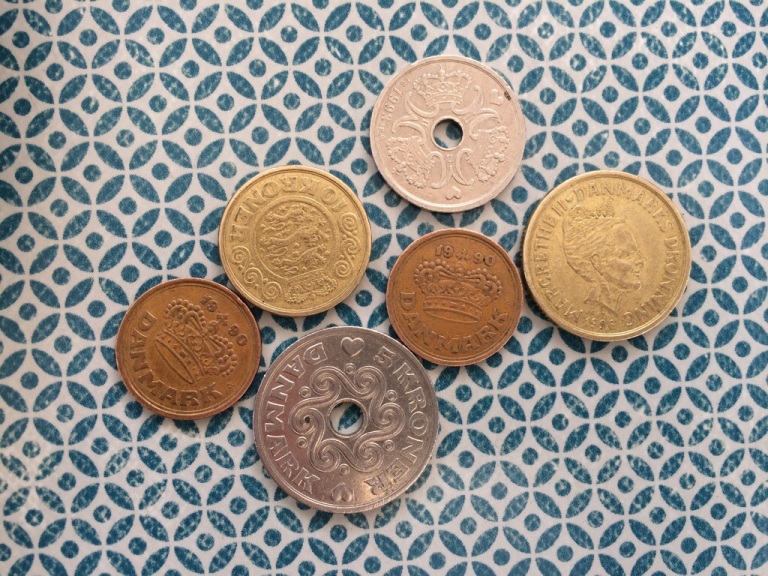 The third day we made it to a nice little cafe for brunch before carrying on to Christiania. A self proclaimed neighborhood Copenhagen. This place was a trip. There were only 3 rules there: No running, no taking photos, and have fun! Definitely a unique site to see. It reminded me a bit of Venice beach with all the colorful street art and vendors, yet slightly sketchier. Later that afternoon we headed up to the younger, hip, Vesterbro district in search of a local micro-brewery that was recommended to us called Mikkelar. The rest of the evening we spent eating, biking, and doing a little one beer one bar to get a feel for the area.

The last morning after checking out of the hostel I decided to tag along with the English girls we had met who were heading down to the waterfront to go for a swim and do a bit of sketching before leaving. Lucy was a painter and Kirsten was studying to be an architect so both of them carried their sketchbooks around with them as well. It was nice to be able to share the afternoon with gals who enjoyed the same things and all took an approach to sketching so differently.

After getting to know those girls and also the two guys we had met the day before I came to the realization how similar each of them were to Jess and me. In each pair there was always one navigator and one that would get easily lost, one right brained artist, and one left brained technical or business savvy one. It was cool is that we had all chosen a travel buddy who had opposing strengths and weaknesses and how that balanced us all out in a way. 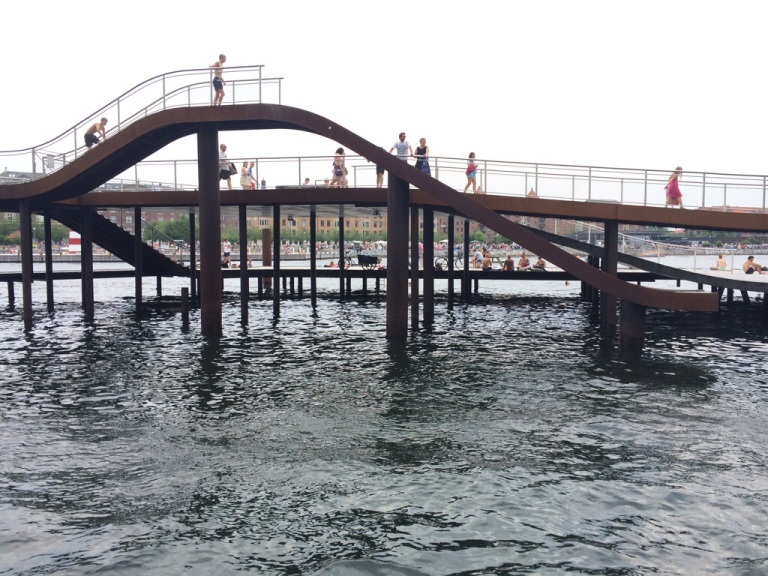 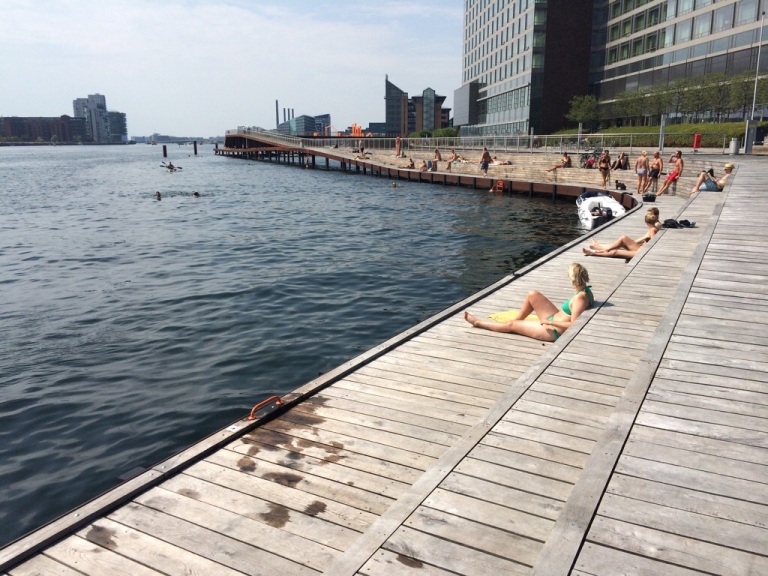 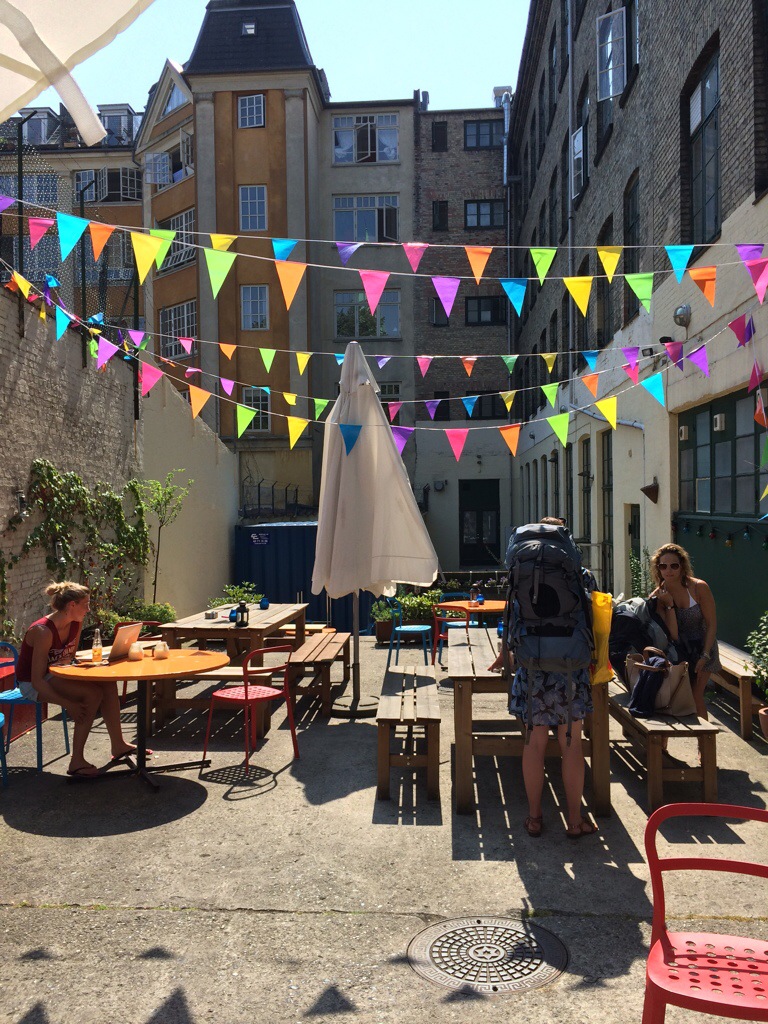 I can’t believe it has only been 3 days. With days packed like this and seeing so many new things it feels like at least a week. It was a bummer having to say goodbye to friends so quickly because everyone is headed in so many directions. But these were only the first of many goodbyes and now I have a couple more friends to visit when I am in London this fall!

1. Compliment people trying to speak English with you. It will encourage them and they will want to try and communicate more

2. If you’re hair is a hot mess you will be super bummed at how all of your pictures turn out. Thank you Aunt Carol for this tip I have already experienced this first hand the other day and it was so true haha.

3. Dont insult the local beer even if it’s shit haha. They are proud of their Carlsburg.

Next stop is Amsterdam. It is supposed to be very rainy with lightning and thunderstorms. Good thing I packed for summer! 🙂

Will check back soon!

3 thoughts on “First stop, Copenhagen, the city of bikes!”